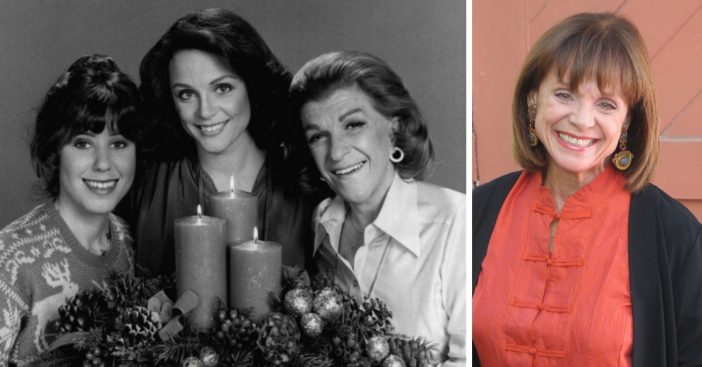 Actress Valerie Harper has sadly passed away at the age of 80. Harper was best known for her role as Rhoda Morgenstern on The Mary Tyler Moore Show and its spin-off Rhoda in the ’70s. She had been battling cancer for over a decade.

The Incredible Life Of Valerie Harper

Valerie Kathryn Harper was born on August 22, 1939, in Suffern, New York. Her mother was a nurse and her father was a lighting salesman. She had two siblings and a half-sister. While she was born in New York, the family moved around a lot due to her father’s job. In addition, she lived in many cities in the United States, later settling in New York once again to study ballet.

Her career began in 1959. She was a dancer on Broadway and her first role was in the musical Take Me Along. She later moved on to television and film. While she is best known for playing Rhoda on The Mary Tyler Moore Show and Rhoda, she also played Valerie Hogan on The Hogan Family and appeared in films such as Freebie and the Bean and Chapter Two.

Towards the end of her career in 2013, she was a contestant on the popular show Dancing with the Stars. She was also involved in charity work throughout most of her life and was heavily involved in the Women’s Liberation Movement and the Equal Rights Amendment. She also co-founded L.I.F.E., with Dennis Weaver, which helps feed the homeless in Los Angeles.

Valerie married actor Richard Schaal in 1964, but they divorced in ’78. She later married Tony Cacciotti a decade later and they adopted a daughter together. Sadly, she was diagnosed with lung cancer in 2009.

In 2013, she revealed she also had, according to Wikipedia, “leptomeningeal carcinomatosis, a rare condition in which cancer cells spread into the meninges, the membranes surrounding the brain.”

While she held on much longer than the doctors thought, Valerie’s battles continued in 2019. Her husband Tony even asked for help with setting up a GoFundMe account to help pay for her treatments. She was requiring many drugs and around the clock treatments. Fans stepped in and donated thousands of dollars to help Valerie.

She is survived by her husband Tony, and their daughter. RIP Valerie Harper

Learn more about Valerie’s condition and how her husband did everything he could to help her.

Previous article: This Holiday Season You Can Stay In The ‘Christmas Story’ House
Next Post: Kurt Russell And Goldie Hawn’s Son Wyatt Is Getting Married This Weekend