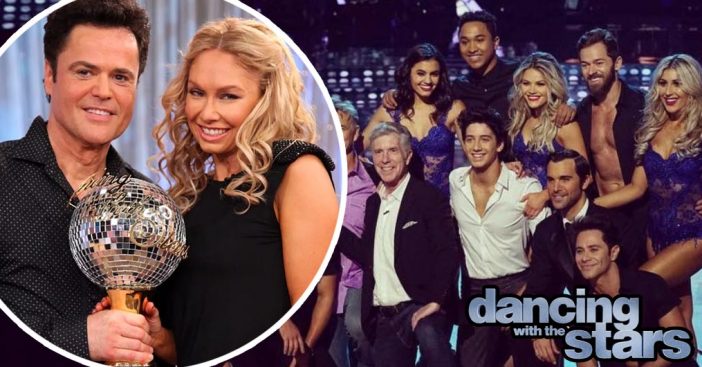 Last season Dancing With the Stars saw one of the most controversial wins in the show’s history. Bobby Bones, a country radio show host won the entire season 27 competition. Even Bones admitted that he wasn’t the best dancer and that his scores had been fairly low the entire time. However, he proved to have the most fans and took home the mirror ball trophy. He now gets to keep this title for an entire year.

After the win that had many fans angry, Dancing With the Stars recently announced that it will not return in the spring. However, the show is not being canceled, fans will just have to wait until next fall for the new season. No word on why ABC is pulling the show during their spring lineup, but we wonder if last season’s win had anything to do about it. Dancing With the Stars’ host Tom Bergeron recently tweeted, “As predicted, we’ll see you in September, and we’ll make sure it’s worth the wait!”.

Why Is ABC Pulling The Show In The Spring?

Many fans and even celebrity fans of the show expressed their disappointment in last season’s finale. Fans have said that the show is turning into a popularity contest instead of a dancing competition.

As predicted, we’ll see you in September, and we’ll make sure it’s worth the wait! 😉 ⁦@DancingABC⁩ #DWTS https://t.co/QOgyExRTk2

In interviews after his win with partner Sharna Burgess, Bobby knew that he was one of the only finalists with no dance training before the show. He also thought that the judges didn’t want him to win and that the show hadn’t seen a winner like him before. He doesn’t know what it means for the show, but perhaps they are revamping it during the break.

See The Win All Over Again

However, Bobby did improve from week to week and received a perfect score in his finale performance set to music from The Greatest Showman. As a country music radio show host, he had a lot of fans all over the country. Watch the reactions to Bobby’s win all over again in the video below. You can tell how shocked he was to win.

What did you think about last season’s winner Bobby Bones? Did you enjoy him on the show or do you wish someone with better dancing skills would have won? Will you be watching in the fall? What do you think about ABC pulling the show in the spring lineup?

If you enjoyed this article, please SHARE with all of your friends and family who watch Dancing With the Stars!