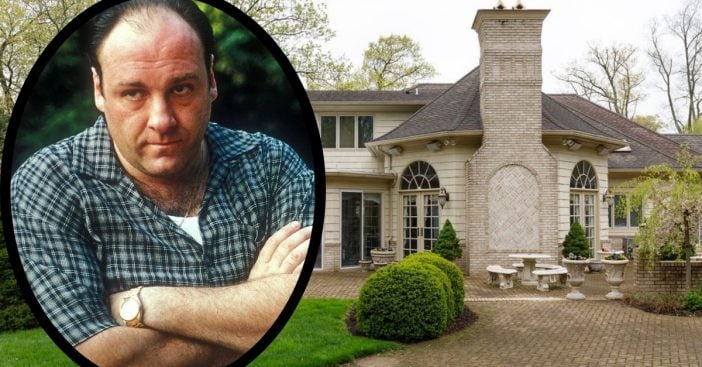 The home that was once Tony Soprano’s is now on the market for a starting price of $3.4 million, 20 years after its television debut. The 5,600-square foot home’s location is in North Caldwell, NJ and was once the home of fictional mobster Tony Soprano, star of The Sopranos. The current owners, Patti and Victor Recchia are now finally selling the house!

The house consists of the main house with four bedrooms, four full bathrooms, a powder room, two two-car garages, and a detached one-bedroom guesthouse. Property taxes come out to $34,005 a year.

Let’s take a look at this beautiful home!

Other comparable homes in the area have sold for between $1.5 million and $2 million, according to home-searching site Zillow. However, Mr. Recchia, the owner of Fourth Generation Construction, says the value exceeds brick and mortar.

“Those things can be quantified, but I don’t think you can quantify the intrinsic value of this home.”

The former home of the fictional Tony Soprano was a frequent filming location for the show. Tony can be seen pulling into the long, curved driveway in the opening intro. Scenes from the pilot episode were filmed in the home’s kitchen (do you recognize the photo above?)

While later indoor scenes for the show are shot on a Silvercup soundstage, the production crew would often return to the original home for exterior shots. Many die-hard fans would come along, too. The Recchias remember one specific interaction.

“I was pulling out of the driveway and I noticed a few fellas on their motorcycles coming down the cul-de-sac,” says Mrs. Recchia, “So I open my car window just to acknowledge them, and they say, ‘Hi, Mrs. Soprano! We’re not going to mess anything up, just want to take a couple photos.’”

The Recchias say that they’ve had a great experience having their home be part of The Sopranos legacy. “We’ve met a lot of great people,” Mr. Recchia said. The home was originally built in 1987 and has undergone some cosmetic changes, but is still a gorgeous, modern-looking home.

When James Gandolfini (Tony Soprano) died suddenly in 2013, many came to the home to leave flowers, candles and a bag of dried ziti near the curb.

Check out the video below of some interviews with the Recchias, including behind-the-scenes footage of the filming of the show at their home!

Love The Sopranos? So do we!

James Gandolfini’s son, Michael, will actually be playing a young Tony Soprano in a Sopranos prequel film called The Many Saints of Newark. Check out the details!