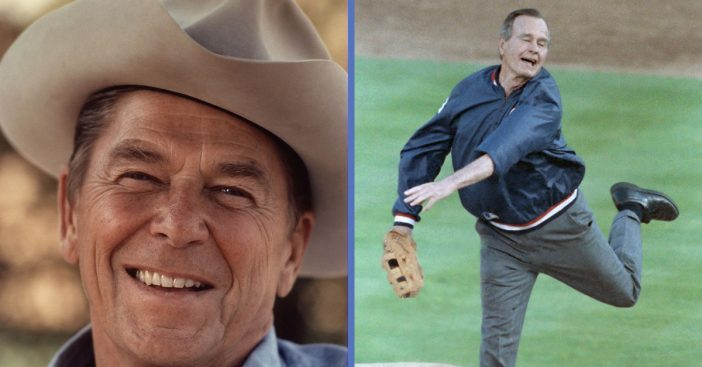 Reagan stayed active in politics long after he left the White House. Sadly, he was diagnosed with Alzheimer’s in 1994.

Nixon has been the only President to actually resign. He tried to repair his image by writing books and speaking at different events.

Our first President returned home to his farm in Mount Veron. Unfortunately, he died two years later from a throat infection.

When Truman left the White House, he found out he had no savings. He decided to write a memoir which dug him out of his financial troubles.

Bush helped his sons with politics after he left the White House. Sadly, he passed away last November at age 94.

Read on to the LAST page for even more President retirement stories!

Previous article: Recap Of Live Reboot Of ‘All In The Family’ And ‘The Jeffersons’
Next Post: Queen’s Longtime Guitarist Brian May Helps Save Hedgehogs In His Free Time