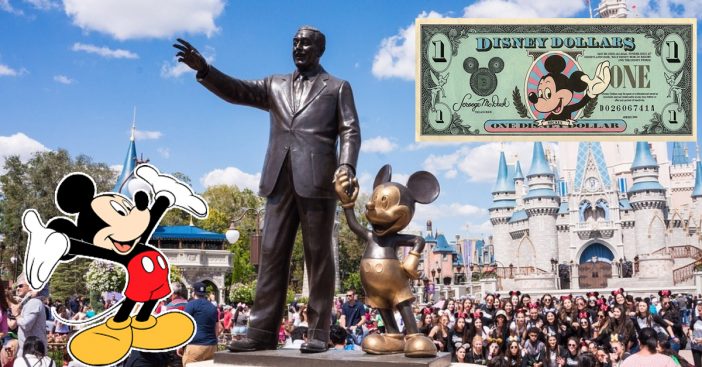 If you love all things Disney, have you ever dreamed about going to visit every single Disney park in the world? There are 12 Disney parks and two Disney water parks. Do you think you could see them all in your lifetime? It would surely be the trip of a lifetime for a huge Disney fan!

Can you name all of the Disney parks? Many know about the Disney parks in Florida and California. There are also parks in Tokyo, Shanghai, Hong Kong, and Paris. Each destination may include several parks. For example, the one in California includes Disneyland and Disney’s California Adventure.

Learn more about all of the Disney parks

Walt Disney World in Florida contains many of the classic Disney parks including Magic Kingdom, Animal Kingdom, Epcot, and Hollywood Studios. When you’re in Orlando, you can also visit Disney Springs which is free to enter and walk around. Walt Disney World Resort also has Disney’s Blizzard Beach and Disney’s Typhoon Lagoon if you love water parks.

Disneyland Park in California was the first ever Disneyland. It was opened in 1955 and continues to be one of the most popular parks. In California, you can also head to Disney California Adventure.

Shanghai Disneyland is one of the newer parks, opened in 2016. After you visit Shanghai, head to Toyko. Tokyo Disneyland was actually the first Disney park opened outside of the United States. It opened in 1983. There you can also visit Tokyo DisneySea.

Keep in mind that these prices are for one person and include an estimate of the park admission and a hotel. You’d have to add in food, transportation, and flights. According to USA TODAY:

Disneyland Resort in California: $1,181.55 (includes transportation to/from the park from your hotel)

Remember that ticket prices change over time and different packages can save you money.

**As of June 18, 2019, prices at Walt Disney World and Disneyland in the United States increased, likely due to the upcoming opening of their Star Wars Land.

Here are the new prices:

Can you imagine bringing a family to all of these parks? The ticket prices above are for an adult, so kids may be slightly cheaper. Still, it would cost a fortune!

If you enjoyed this article, please SHARE with a friend who would love to visit every single Disney park in the world!

Watch the video below for a peek at ALL of the Disney parks:

Did you ever realize that a lot of Disney characters wear gloves? Learn why!