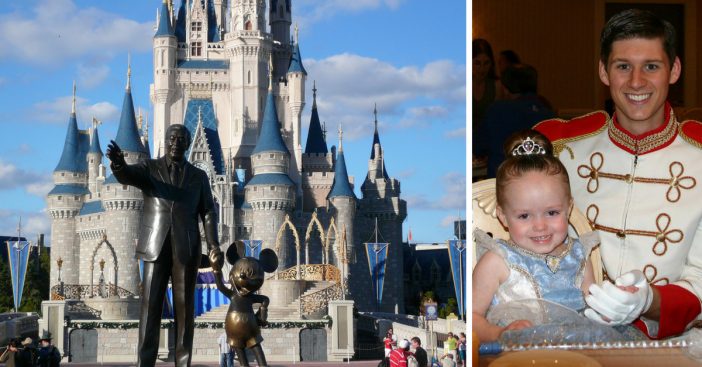 If you love all things Disney, it might seem like a dream to work at a Disney Park. However, some jobs are better than others. You might dream about being an actual Disney Princess, but there are some other Disney jobs that sound just as magical.

Here are some of the best jobs at the Disney Parks, according to some of their ex-employees. Some of them might surprise you!

Obviously, you have to be a proficient swimmer to get a coveted lifeguard job at Disney. But, if you enjoy a lifeguarding position, Disney is a great place to work. Former employees say the guests are usually very friendly and the gig has a high pay rate for lifeguards with reasonable hours. If you enjoy swimming and love kids, a lifeguarding job at Disney would be pretty sweet.

This is probably one gig at Disney you might not think of right off the bat. The park needs electricians to keep their many lights and attractions working properly. Most of the jobs are easy fixes and you can see the park behind the scenes.

Have you heard of the secret five-star restaurant hidden in Disneyland called Club 33? It is very hard to get into and expensive. Naturally, being a server at a secret restaurant for rich people and special guests would have its perks.

If you are outgoing and love being the center of attention, a skipper would be a really fun job for you. The Jungle Cruise skipper takes guests on a ride through the Magic Kingdom and shows the journey through Africa, Asia, and South America. Steve Martin was a skipper before he made it big in Hollywood!

A character attendant hangs out with characters and helps with the meet and greets. Former employees say the only bad part of the job is dealing with guests who have been waiting in line and having to tell them that their favorite character is done for the day.

We couldn’t leave this one out! One of the most coveted jobs at Disney parks is a character where you don’t have to wear a hot, sweaty mask. Isn’t it every girl’s dream to actually be a princess? However, you do have to pass a crazy audition process and follow some strict rules. If you are a huge Disney fan, it is probably worth it.

Which Disney job would you love to have? Please SHARE this article with your Disney fanatic friends!

Previous article: This OBGYN’s Hysterical Pregnancy FAQ Sheet Will Make Every Mom Laugh
Next Post: This Mom’s Story Proves You Should Be Careful If You Have A Front-Facing Washer And Curious Kids