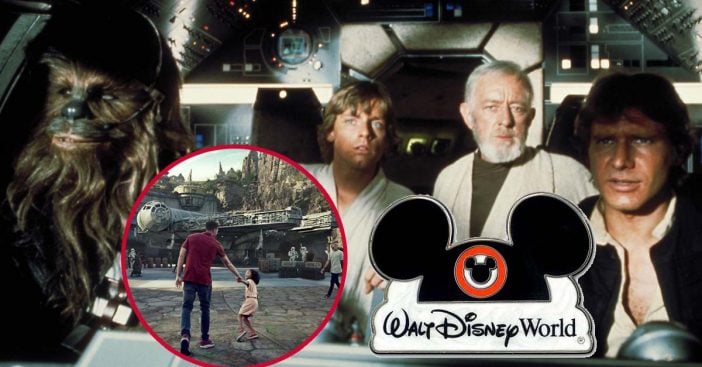 Disney has been working on a new theme park for both their Florida and California empires. It is called Star Wars: Galaxy’s Edge. For Star Wars fans, this is an incredible gift! The new parks are set on about 14 acres of land in both Disney parks.

The Star Wars themed park opens very soon in Disneyland in Anaheim, California. The official opening date is May 31, 2019. Disney World in Orlando, Florida’s opening is not far behind, on August 29, 2019. These parks have cost Disney around $1 billion, so they must be expecting them to do very well!

What will be in these new Star Wars parks?

According to Disney’s website, you will “ride in the famous cockpit of the Millennium Falcon on a daring flight—and whether you’re a pilot, engineer or gunner, every role is crucial.”

There will be a place called The Black Spire Outpost which is a new village in the world of Star Wars. Reports say Disney was inspired by the film and Middle Eastern architecture when building the theme park and its buildings.

Ariel photos of the theme park are starting to surface and it looks incredible! Check out one of the shots that people have been posting on Twitter:

If you’re a Star Wars fan, keep in mind that the parks will be mostly based on the planet Batuu. The staff will be dressed accordingly. It sounds really fun! Do you want to visit Star Wars Land in Florida or California? Learn more about the new parks on Disney’s website here as well.

If you enjoyed this article, please SHARE with your friends and family who love Star Wars and would love to visit these new parks!

If you want to learn more, watch this behind the scenes video of Star Wars Land from Disney: