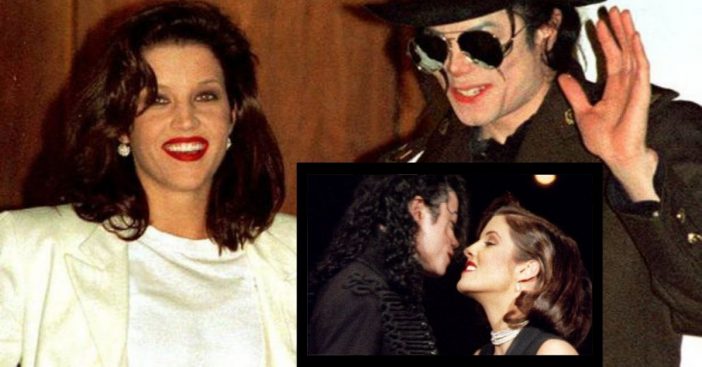 It has been reported that the late Michael Jackson allegedly sprayed perfume on Lisa Marie Presley’s underwear to pretend that they were having intimate time together. The two were married between 1994 and 1996. She supported Jackson through his child sex abuse claims in 1993. They would end up divorcing due to “irreconcilable differences.”

Many theorized that the couple was together as a publicity stunt. Sandy Domz, an ex-employee of the Neverland Ranch, says that the two were never actually intimate. She says that “it didn’t seem to be a natural relationship or a friendship” to CBS documentary Inside Edition.

Domz says, “Michael would get a hold of some underwear and throw them on the floor. They were also sprayed with perfume and it was to make it look like Lisa Marie had been in the bedroom.”

She continues, “But to my knowledge, she was never in there. She was either in the rose room or had slept on the guest beds.”

The allegations against Michael Jackson

During an interview with Oprah Winfrey in 2010, Lisa Marie says she spent four years after their split trying to reconcile. Additionally, she continues to insist that their marriage was intimate. Jackson was Lisa Marie’s second husband. She would then go onto marry Nicholas Cage from 2002 to 2004 and then Michael Lockwood from 2006 to 2016.

This interesting news comes just after the Leaving Neverland documentary was released on HBO. The documentary recounts the child sex abuse that two men underwent by Jackson at the ages of 10 and 7 respectively. While the documentary received rave reviews, now many Jackson fans are turning their backs on the late King of Pop.

Jackson had initially faced 10 charges. These include felony conspiracy with 28 overt acts involving child abduction, false imprisonment, and extortion. There was no solid evidence of these acts, but the allegations remained with Jackson’s image up until his death and even beyond that. L. Londell McMillan, one of Jackson’s former attorneys, has also spoken about on the release of the documentary.

“The repeated allegations against Michael Jackson and his legacy is troubling. Clearly, powerful forces in Hollywood should put a cease and desist on these spurious allegations that Michael defeated years before his death.  Please let Michael rest in peace and not seek to attack his legacy.  I question the motives of all those involved with this project and the overseers of the Jackson’s Estate if vigorous legal action is not taken immediately. This is yet another example of how people try to make money from our community and icons, yet allow them to be defamed and disrespected. This must not continue and Micheal deserves better.”

So many new headlines about Michael Jackson and we don’t know what to believe!

Speaking of the recent headlines, the popular animated show The Simpsons recently pulled their episode with Michael Jackson in light of the HBO documentary. Can you believe it?

Previous article: Want To Visit Every Disney Park In The World? Here’s What It Might Cost
Next Post: Here’s Why You Should Close Your Bedroom Door At Night