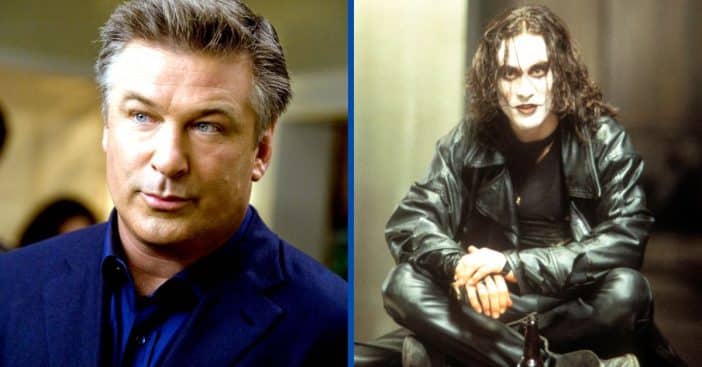 On January 19, it was confirmed Alec Baldwin would be charged with involuntary manslaughter after handling a prop gun that went off and fatally wounded Rust cinematographer Halyna Hutchins back in 2021. But decades ago, another prop gun incident took the life of actor Brandon Lee, son of Bruce Lee.

The movie that Brandon had been working on was The Crow, filmed in 1993 and released in ’94 amidst a fog of tragedy. For The Crow incident, it was co-star Michael Massee who handled the weapon that took Brandon’s life. While Baldwin is facing criminal charges, Brandon is not. Why, and what other differences are there between these two tragedies?

Brandon was filming a scene with co-star Massee on March 31, 1993. The scene was a brutal one, in which Brandon’s character, Eric, sees his fiancée beaten and assaulted before Eric is shot. Massee’s character, Funboy, fires the shot, using a .44 Magnum Smith & Wesson Model 629 revolver. Massee fired from 12 to 15 feet away from Brandon and the dummy rounds were swapped for blanks. The firearms specialist had been sent home early, so in their place, a prop assistance was in charge of firearm safety.

RELATED: The Legacy of Bruce Lee Revealed: ‘He’s the Only Iconic Figure Whose Fame Came After His Death’

Unfortunately, the assistant was not aware of the rule that requires prop gun inspection before and after any time they are handled. There was a dummy round bullet already trapped in the barrel. So, when the blank round was fired from the prop gun, it shot out with all the force of a live round and struck Brandon in the abdomen.

Ultimately, unlike the newly-charged Alec Baldwin, Massee did not face criminal charges. Instead, the filmmakers were successfully sued by Brandon’s mother for an undisclosed amount. The Crow then faced the question of whether to proceed with production or not; Brandon had filmed most of his scenes, so through script re-writes and some CGI, they were able to complete it. However, Paramount Pictures withdrew its plans to distribute the film and instead that task went to Miramax. Similarly, Rust is slated to continue even after the tragedy.

The Crow was released on Friday the 13th, of May 1994. It was dedicated to Brandon and his fiancée. Brandon died of his wounds on March 31, 1993 at the age of just 28. This would be Brandon’s breakthrough film that generated a loyal cult following – and generating comparison’s between his own career and that of his famous father Bruce Lee, who died when he was just 32 and Brandon was eight. Following Lee’s death, an autopsy revealed his brain had swelled from 1,400 to 1,575 grams, a 13% increase.

Did you watch The Crow?

RELATED: 49 Years After Bruce Lee’s Death, Doctors Finally Discover The Real Cause Behind His Death