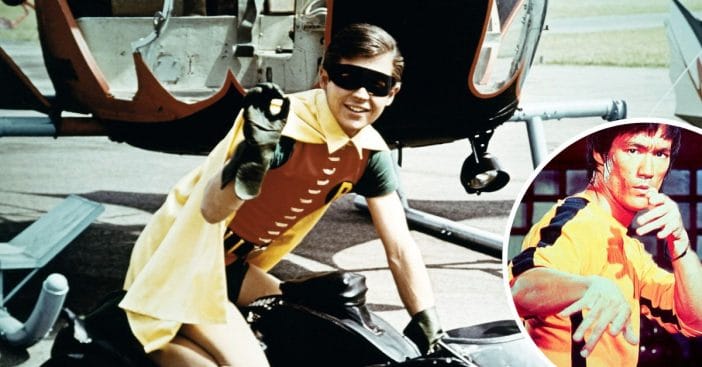 Burt Ward played Robin in Batman in the 1960s. One of the most iconic scenes was when Burt was able to fight martial arts star, Bruce Lee. Bruce played the Green Hornet character Kato. Burt once said that he would often fight with Bruce Lee, but just for fun! They both would film their own stunts.

Burt Ward and Bruce Lee often fought off the set too

In the late ’60s, Bruce and Burt actually lived in the same apartment building in California when they were rising stars. They became friends and would like to practice fight scenes. Burt recalled, “I lived in the same complex that Bruce Lee lived in. We used to spar together. In fact, when I was doing Batman and I had met him [and] his wife Linda, at the time Brandon, his son, was six months of age. We would go down into Chinatown and order all the most authentic food. Because he lived in China or Hong Kong for 10 years.”

While some called Bruce cocky, Burt said that he was also a very smart and nice guy. He added, “He was cocky, but he’s also a very nice guy, and he was very smart — he was a really great guy and very nice to me. And he had a wonderful sense of humor. He’s just a really nice guy.”

Watch one of their fight scenes below:
Click for next Article