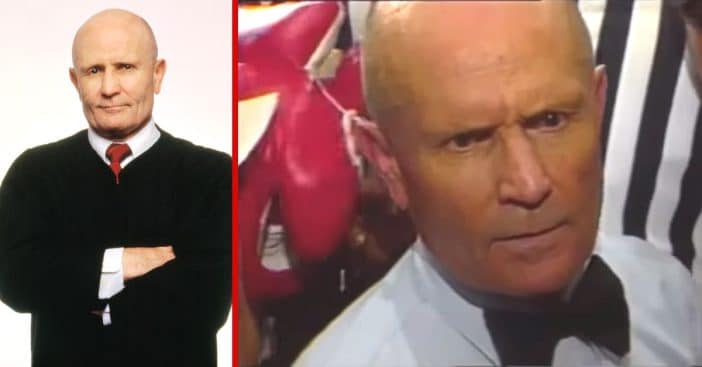 Referee-turned-TV judge Mills Lane has died. He passed away at the age of 85 early Tuesday while under hospice care near his Reno, Nevada home. News of his death came from Lane’s son Tommy, who told the Reno Gazette-Journal that Lane’s health that his health had significantly declined recently.

Lane rose to fame as a professional boxer and boxing referee who had overseen several famous matches throughout the ’80s and ’90s, including the one when Mike Tyson bit the ear off of opponent Evander Holyfield. Each match was prefaced with “Let’s get it on!” from Lane.

Mills Lane had his time in the ring

To know the game, a person has to play the game. Lane, born on November 12, 1937, in Savannah, Georgia, was a sportsman early on, starting off with football and ice hockey before he served in the Marine Corps in 1956. It was while serving as a Marine that Lane first became a boxer and, subsequently, the All-Far East welterweight champion. In college, he turned pro.

By 1971, Lane was refereeing, and it was an intense one, overseeing the 15-round draw between Betulio González and Erbito Salavarria. Then came ’97 and Mike Tyson’s team protested the presence of original referee Mitch Halpern, leading to Lane being sent in as a replacement. Where he goes, history follows. Just where Lane happened to go also included the small screen when he headed the court show Judge Mills Lane, which ran from 1998 to 2001. He could also be seen in Celebrity Deathmatch.

According to Lane’s son Tommy, the referee suffered a stroke 20 years ago, and this resulted in Lane being unable to speak, thus ending his officiating career. “It was a quick departure,” said Tommy of Lane’s death. “He was comfortable and he was surrounded by his family.” That family includes wife Kaye and their two sons.

But that family has also extended to members of the boxing community who saw Lane as synonymous with the sport. “He was one of the most unique people I’ve ever met,” said Marc Ratner, former executive director of the Nevada Athletic Commission and current executive at the UFC. He was a law-and-order guy and very firm, but he was a wonderful guy and I loved speaking with him and spending time with him.”