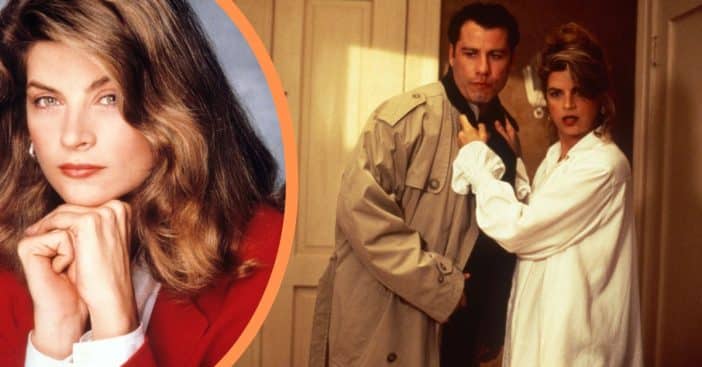 Actress Kirstie Alley died on December 5. She was 71 years old and had just undergone a short battle with cancer. News of her passing comes from a post made to her Instagram account on Monday, shared by her children William “True” Stevenson and Lillie Price Stevenson.

Alley has a lengthy filmography primarily comprised of television shows. In addition to hosting SNL, she was a series regular in Cheers, playing Rebecca Howe from 1987 to 1993. She is also known for playing Gladys Leeman in 1993’s Drop Dead Gorgeous and earned considerable acclaim thanks to her performance in Look Who’s Talking.

Alley’s official Instagram account most recently features a photo of Alley smiling as she stands over a bike. “We are sad to inform you that our incredible, fierce and loving mother has passed away after a battle with cancer, only recently discovered,” the accompanying statement reads. “She was surrounded by her closest family and fought with great strength, leaving us with a certainty of her never-ending joy of living and whatever adventures lie ahead. As iconic as she was on screen, she was an even more amazing mother and grandmother.”

The statement continues, “We are grateful to the incredible team of doctors and nurses at the Moffitt Cancer Center for their care. Our mother’s zest and passion for life, her children, grandchildren and her many animals, not to mention her eternal joy of creating, were unparalleled and leave us inspired to live life to the fullest just as she did.”

Kirstie Louise Alley was born on January 12, 1951, in Wichita, Kansas. The daughter of a lumberjack, Alley initially pursued interior design before landing an uncredited role in 1978’s Quark, then appearing the following year as a contestant on Match Game, a prelude to later game show formulas. She has also appeared opposite Mark Harmon in 1987’s Summer School, which was a box office success. That very same year, she ended up joining the cast of Cheers, filling in the hole left by Shelley Long, a role she maintained for the rest of the show’s run.

Along the way, in ’89, she starred alongside John Travolta in Look Who’s Talking. Travolta mourned Alley’s passing in a tribute post that reads, “Kirstie was one of the most special relationships I’ve ever had I love you Kirstie. I know we will see each other again.” At the time, Alley’s family is asking for privacy during this time of grieving.

RELATED: ‘Cheers’ And Spin-Off ‘Frasier’ Had Some Unseen Cast Members

Click for next Article
Previous article: Why Rin Tin Tin Is Known As The Dog Who Saved Hollywood
Next Post: ‘Exorcist’ Star Linda Blair On If She’s Ever Experienced Paranormal Activity