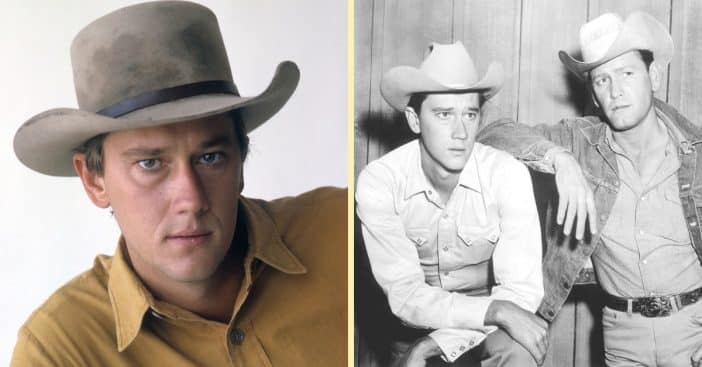 Actor Andrew Prine has died. He passed at the age of 86 on October 31 in Paris, vacationing with his wife, Heather Lowe. The cause of death has been attributed to natural causes and news of his passing comes from Lowe in a statement shared to The Hollywood Reporter.

He was known for acting in a variety of Broadway performances before transitioning to Westerns. Some highlights include the Pulitzer Prize-winning Look Homeward on Broadway and an Emmy-winning two-parter on CSI: Crime Scene Investigation. He’s also been on Bonanza and Wonder Woman. That’s just a sampling of his filmography that has over 180 credits, many of them Westerns.

The impressive career of Andrew Prine

Andrew Prine was born on February 14, 1936, in Jennings, Florida, and received much of his education in the Sunshine State. Acting, he started off in the Jerry Herman Ring Theatre, then an episode of United States Steel Hour. Looking back, he believed his casting in Look Homeward was due in part to his physical appearance. “I weighed 138 pounds at 6-foot-2, so I looked exactly right for this character, who was supposed to be this gangly 17-year-old,” Prine explained.

Prine is also one of several guest stars who appeared in Wide Country, cast opposite Earl Holliman with a leading role. Television continued to dominate his resume throughout the ’60s and ’70s, including programs like Gunsmoke and The Bionic Woman. He also played Richard Kimble’s brother in The Fugitive.

Wife and actor-producer Heather Lowe said of Prine that “He was the sweetest prince.”  Prine called himself “a very lazy actor” who was told by many at The Actors Studio, “You’re not paying attention.” But, as he also noted, he got the training, enough to earn a leading role in Chisum. Work was also experience, as he explained, “Fortunately, I did Look Homeward for two years, and what I did while playing the lead and being paid was learn how to act.”

Andrew Prine Dead: ‘Chisum,’ ‘Wide Country’ Actor Was 86 – The Hollywood Reporter.. i loved this beautiful man . He was a delight to work with on V the mini series. A wonderful actor. Love to his family and friends. https://t.co/ocDtJ3Gb3G

Tributes have already come in from those who knew Prine as a colleague and friend. One came from Jane Badler, who acted alongside Prine in the science-fiction miniseries V. Badler said on Twitter that she “loved this beautiful man . He was a delight to work with on V the mini series. A wonderful actor. Love to his family and friends.”

Survivors include Lowe, along with Prine’s brother, nephews Nick and Kevin and their respective spouses.

RELATED: ‘F Troop’ Star Larry Storch Has Died At The Age Of 99