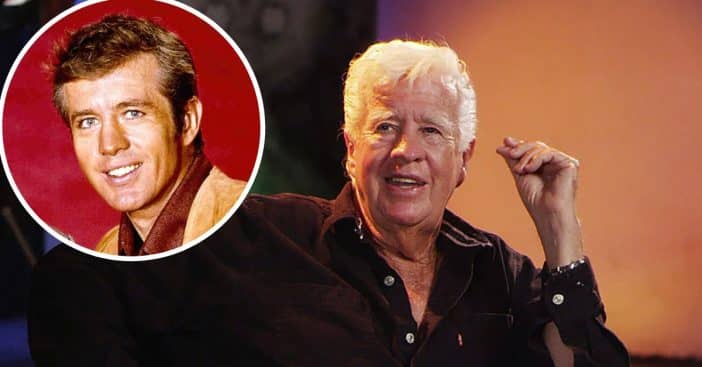 Clu Gulager was one of the original cowboys on television. He starred in many TV westerns in the 1950s and 1960s and became an icon. His most famous western roles were in The Tall Man, Wagon Train, and The Virginians. His career continued into the ’70s and ’80s when he guest-starred on many popular shows such as Barnaby Jones, Hawaii Five-O, and Magnum P.I.

Clu never stopped working and delighted fans with a cameo in the 2019 film Once Upon a Time in Hollywood. If you’ve seen the film, you might recall when Sharon Tate, played by Margot Robbie, visits a bookstore. Clu played the clerk.

He recently passed away at the age of 93. Once Upon a Time in Hollywood was his final role. He was born William Martin Gulager but used his Cherokee nickname Clu in Hollywood. His father gave him the nickname after clu-clu birds were nesting at their home when he was born.

Clu attended college in Oklahoma and Texas and later won a one-year scholarship to study in Paris. He worked under Jean-Louis Barrault, a French actor and director. He returned home in 1952 and married actress Miriam Byrd-Nethery. They had two sons together, John and Tom, and remained married until she passed away in 2003.

One of Clu’s greatest accomplishments was being nominated for the Best Short Film at Cannes for his film A Day with the Boys in 1969. He is survived by his sons.

Click for next Article
Previous article: Anne Heche Left In Coma After Car Crash, Still Unconscious
Next Post: This Is The Man Frank Sinatra Called ‘The Greatest Singer In The World’