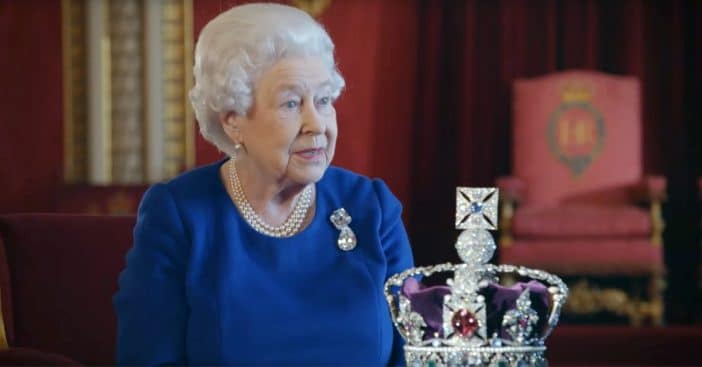 Queen Elizabeth II was laid to rest on September 19, buried alongside her husband Prince Philip. They are now interred in St. George’s Chapel, located in Windsor. Her funeral was highly publicized, followed by a private family ceremony. Buckingham Palace has recently shared a photo showing the final appearance of the space that acts as Queen Elizabeth’s final resting place and the changes made to reflect this.

St. George’s Chapel dates all the way back to the reign of King Edward III in the 14th century. It is classified as a church under the direct jurisdiction of the monarchy and has been so governed for almost a thousand years. For years, it shared the duty of royal burial site with Westminster Abbey but by the 1800s ended up housing more deceased royals. Over the decades, it has undergone expansions and changes, and it has most recently been transformed in response to the queen’s passing.

A ledger stone has been installed at the King George VI Memorial Chapel, following the interment of Her Majesty Queen Elizabeth.

The past and future of Queen Elizabeth’s resting place

The castle chapel is the final resting place of many members of the royal family beside Queen Elizabeth II, across different buildings and annexes. The Quire was the first area of St. George’s Chapel to be completed and houses the infamous Henry VIII along with his third wife Jane Seymour, and King Charles I. The Altar has several other kings as well. The King George VI Memorial Chapel so far only has five members of the royal family, including Queen Elizabeth II. After Prince Philip died, he had been in the Royal Vault until the passing of the queen so they would be interred together.

Britain is still in a period of national mourning. While lines had stretched around blocks for people the world over to pay their respects for the queen, Windsor Castle is closed. On Thursday, tourism resumed in the Queen’s Gallery, along with some other areas of Buckingham Palace. The public will be able to see the queen laid to rest in the chapel on September 29, when the castle reopens.

Click for next Article
Previous article: ‘Diff’rent Strokes’ Star Todd Bridges Just Married Designer Bettijo B. Hirschi
Next Post: At 82, Katharine Ross From ‘The Graduate’ Acted With Her Sweetheart In Three Films