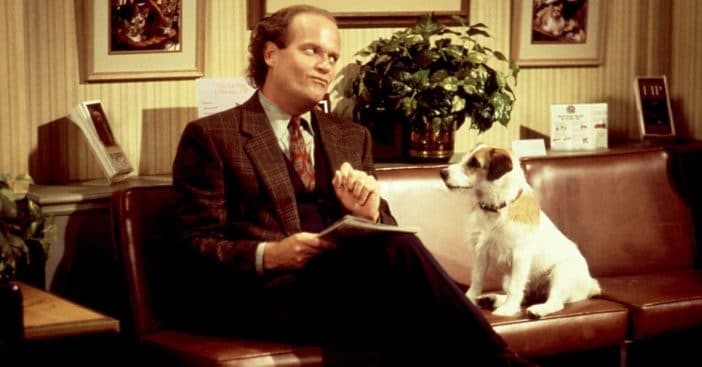 Dr. Frasier Crane is a character Kelsey Grammer is very familiar with. This is a person Grammer originated back in season three of Cheers, and has stuck with in the decades since. So, with a revival series on the horizon, emotions ran high for Grammer, a fact the actor has openly admitted in recent discussions about the new show.

The Paramount+ revival will see Frasier rich in ways he did not expect, primarily of the personal variety as opposed to financial. Just as this will be a meaningful time for the psychiatrist, it has already been meaningful for the actor, who said he shed tears when reading the first script for the reboot.

So far, Grammer and the team have been juggling “a couple of other projects that look like they’re going to shoot first,” in addition to the Frasier reboot. But the Paramount+ project is still well underway, with Grammer saying they are “in the final stages of the final script for the first episode of the Frasier reboot.” So far, according to Grammer, it “looks pretty good.”

It also reads well, based on his experience. “I’ve had a couple of runs through it, and I cried,” Grammer admitted, “so you know, I’m happy.” Some tears might be charged by very real emotions, following the death of actor John Mahoney, who played his TV father, back in 2018. The show will also see Frasier become rich beyond his dreams, though not in material ways.

It is unclear if Mahoney would have been involved in the reboot, which was initially discussed back in 2016. At that time, Grammer denied such plans would become a reality at all, but when discussions resurfaced in 2018, Grammer confirmed there were indeed plans for a revival. He likened the show to a “third act” for Dr. Crane, though whether other characters would have gotten similar closure is not certain.

That is in part because so far, Grammer is the only returning character confirmed for the reboot. Peri Gilpin, who played the colorful Roz, voiced interest in reprising her role from Frasier, as well as Jane Leeves and David Hyde Pierce. Most recent reports, however, only confirm Grammer’s involvement. Who would you hope to see return?

Click for next Article
Previous article: Adele Said She Was ‘Devastated’ To Cancel Her Las Vegas Residency
Next Post: Nicole Kidman And Husband Keith Urban Both Grew Up Very Poor