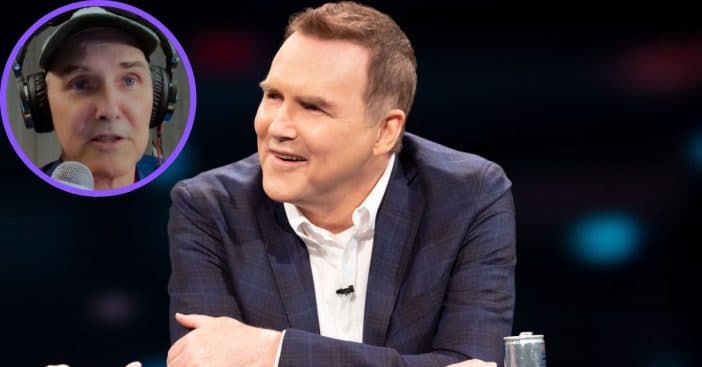 Norm Macdonald died back in September 2021, decades after he left Saturday Night Live but after a career in comedy that he kept going even as he was confronted with cancer. A year later, however, there is still one more new performance of his left to watch: Norm Macdonald: Nothing Special, available on Netflix.

Macdonald had been diagnosed with acute leukemia almost a decade before he died at the age of 61. He kept this diagnosis private, telling only select family members and friends. All the while, he kept working. These prolonged efforts resulted in a secret stand-up program Macdonald shot in one take meant specifically to be shared after he passed.

Norm Macdonald kept his illness a secret for many years.

In the summer of 2020, venues were shut down due to the pandemic… but Norm wanted to record the comedy special that he had worked so hard to prepare. Norm Macdonald: Nothing Special is now on Netflix pic.twitter.com/eDwIF2aHxA

On May 30, Netflix started hosting Norm Macdonald: Nothing Special, a roughly one-hour stand-up comedy program composed by the deadpan Weekend Update icon. As USA Today notes, it has the trappings of almost any other project tackled during quarantine, with cats interrupting news anchors or virtual learning. But this just gives Macdonald an opportunity to flex his improvisation muscles.

Some jokes breach into the uncomfortable, with plenty of outdated language, and the differences between an official stage and a homemade rig can be distractingly evident at times. But when it succeeds, Macdonald’s producing partner Lori Jo Hoekstra says, “He did it for the stand-up. I just hope people appreciate that he did this.” But just how exactly did this footage come to exist and why? It’s all rooted in what Macdonald knew and what his fans did not know.

Macdonald filmed this in case of his untimely passing

Norm Macdonald: Nothing Special opens on Netflix with an explanation. It states, “In the summer of 2020, he was scheduled to undergo a procedure,” adding, “and as he put it, ‘didn’t want to leave anything on the table in case things went south.'” Hoekstra further explains, “It was his intention to have a special to share if something happened.”

Macdonald had these doubts while he was hospitalized in the summer of 2020. “His test results were not good, so during the heart of COVID-19 pandemic and literally the night before going in for a procedure, he wanted to get this on tape just in case — as he put it — things went south,” says Hoekstra. It took one take to film the program. It was also set to accompany statements from other comedians such as Adam Sandler, Conan O’Brien, and David Letterman discussing Macdonald’s legacy on comedy.

Have you seen the surprise stand-up routine yet?