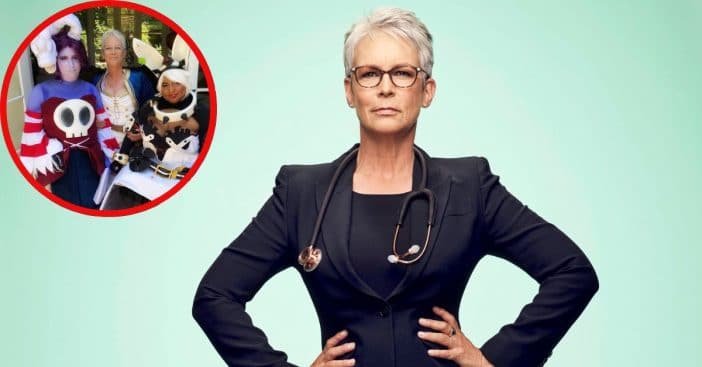 Jamie Lee Curtis celebrated a milestone over the weekend when her daughter Ruby got married at a colorful wedding ceremony. Costumes defined the ceremony’s theme, and Ruby and her partner Kynthia, led the show in outfits inspired by World of Warcraft.

The Halloween star hosted the event right in her backyard, and though it was themed mostly around fantasy adventure, there were a lot of references to other franchises to be had. There was also a lot of excitement from Curtis herself, who shared several individual posts celebrating the event.

On May 29, Curtis herself officiated the wedding between Ruby Guest and Kynthia. She first ushered in the event with a post that reads, “WIFE IS SWEET!” also marking the date and name of the newlyweds. The accompanying photo shows Curtis standing between the two in full costume and makeup, complete with a snarling dragon prop and a whimsical dress. This is the second time Curtis has hosted her child’s wedding in her backyard, the first being Annie’s wedding in 2019. That history was repeating itself in such a sentimental way made Curtis “really excited,” so much so that she admitted it “brings me to tears.”

RELATED: Jamie Lee Curtis And Daughter Ruby Speak About Her Coming Out As Trans

Not long after, Curtis shared another photo of the couple in each other’s arms. In this one, she captioned the post, “YES THEY DO AND DID! MARRIED!” In this, it’s evident the wedding theme of World of Warcraft extends beyond the popular fantasy game to a general cosplay theme. In the background, two guests are seen dressed as Woody and Jessie from Toy Story, while another attendee has a costume that appears inspired by Japanese animation.

For all the whimsical outfits and rainbow umbrellas giving shade to guests at Ruby’s wedding, there was also a nostalgic reference to something befitting one of the original scream queens Curtis. In her third and final post celebrating the event, Curtis shares a picture of herself at the vibrant venue standing in a tunnel of rainbows. In her hand, right near the graphic on her T-shirt reading “Wife is Sweet,” she is holding a large knife.

“YOU CAN’T MAKE THIS UP!” she wrote. “The ONLY thing left over at the end of this entire BEAUTIFUL wedding, after everything was taken away was this f-ing BUTCHER KNIFE they cut the tiramisu wedding cake with! WIFE IS SWEET.” This provided a smooth transition to the upcoming Halloween film, Halloween Ends, due out on October 14. Curtis returns as Laurie Strode to face off against Mike Myers once more.