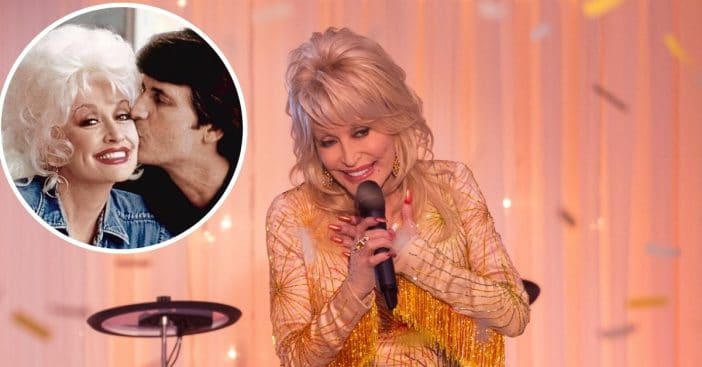 Dolly Parton and her husband Carl Dean have been married for 56 years. While he stays out of the spotlight, they have been in love for decades and Dolly often shares her appreciation for him. However, it turns out that she said no the first time he asked her out many years ago!

When Dolly was 18 years old, she moved to Nashville to live with her uncle Bill Owens and try to start her music career. When she got there, she said that she was doing some laundry at a local laundromat and started walking around.

Dolly explained, “I got me a big RC Cola, and while my clothes were washing, I just went out walkin’ down the sidewalk to see Nashville. I was just walkin’ down the street and this boy came by in this white ’59 or ’60 Chevrolet. He went down first and he flirted and, of course, being fresh from the country, well, up where I come from everybody was friendly to everybody because everybody was friends, and I didn’t know that you just couldn’t do that anywhere.”

She said that Carl kept driving around and tried talking to her. After a quick chat, he asked her out but she said no because she had no idea who he was. After talking a bit more, she said he could come over and visit while she was babysitting for her uncle.

Dolly added, “He came over and we sat out in the yard and talked. But I still wouldn’t go on a date with him for several days. The first place he took me the first night we went out was to his parents’ house, and that made me feel a lot better about him.” It all worked out because they got married and have been together ever since.