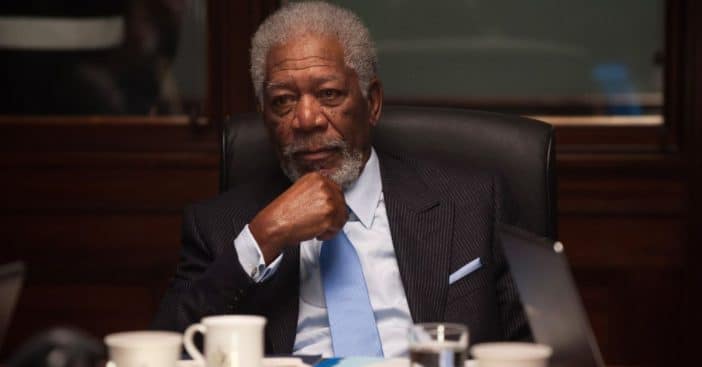 What do actor Morgan Freeman, Facebook founder Mark Zuckerberg, director Rob Reiner, and late politician John McCain have in common? All of them have been banned from entering Russia. The Russian Foreign Ministry recently announced a list of Americans from multiple backgrounds forbidden from visiting the country.

The full list is comprised of 963 individuals. Several are politicians, with the current president topping that list, and some are candidates that seem out-of-place but have voiced criticism of Russia’s practices even before Putin’s latest invasion of Ukraine.

A translated statement from the Kremlin calls the newly-published list of banned public figures a response “to the constantly imposed anti-Russian sanctions by the United States.” The statement announces that, subsequently, “the Russian Foreign Ministry publishes a list of American citizens who are permanently banned from entering the Russian Federation.”

RELATED: Whatever Happened To Rob Reiner, aka Meathead, From ‘All In The Family’?

Both Freeman, known for his documentary-worthy voice and more than a few Academy Awards, and two-time Emmy winner Rob Reiner of All in the Family fame made the list. The Kremlin’s statement claims it makes a point of “separating the American people, who are always respected by us, from the US authorities, who incite Russophobia, and those who serve them,” and that those listed in the ban fall in the latter category. Other banned individuals include three dead senators, one of whom is John McCain, current vice president Kamala Harris, and the brother of former vice president Mike Pence, Greg Pence.

Why was Morgan Freeman among those banned from Russia?

In terms of politics, the ban list seems to be relatively evenly split, with CNBC listing a little over two hundred people on each side of the aisle banned from Russia. So, why Freeman? In addition to Shawshank Redemption, Freeman’s filmography also includes a video for the Committee to Investigate Russia criticizing Putin’s use of cyberwarfare to manipulate other countries. Also on the list is Walt Disney Studios chairman Jeffrey Katzenberg, though no specific reason has currently been referenced.

As for Reiner, he too has served on the Committee to Investigate Russia and was joined by Freeman and George Bush insider David Frum in warning about Russia’s cyberwarfare capabilities being flexed around the world. Upon hearing of his ban, Reiner said in a statement to Deadline on Tuesday, “No comment, except to say that I’m heartbroken and will have to live with the disappointment.”