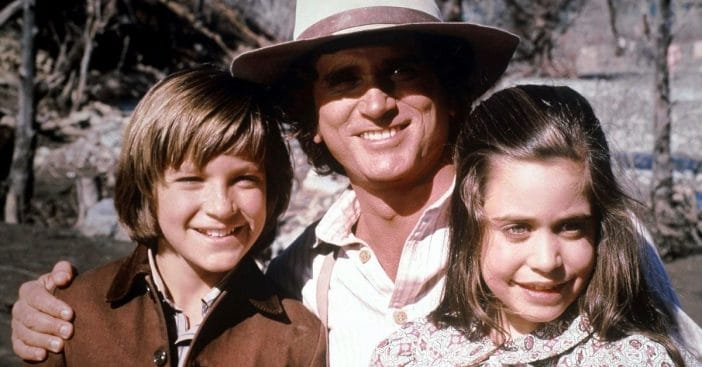 Michael Landon was not just the patriarch of the Ingalls family, Charles Ingalls; he was an executive producer for Little House on the Prairie. He had major creative input and dictated how some scenes would be presented. Melissa Francis, who played Cassandra Cooper Ingalls, was privy to a close look at the decisions Landon made to cut costs producing the Western historical drama.

Francis details some of these choices, and Landon’s nature as a producer, in her book Lessons from the Prairie, published in 2017. The book connects the lessons she learned from the show to her life today. In it, Landon is classified as “one of the best” CEOs in his artistic duties.

As an actor, executive producer, and head of the production company Michael Landon Productions, Landon was “cheap as hell,” claims Melissa Francis. These decisions impacted how things unfolded on set and in post-production. Using film could get very pricey. Cursory research prices a roll at anywhere from $20 to $30, and that does not account for processing costs or the various qualities, lengths, and uses out there. Landon did not want to waste precious film on bad takes, so he worked the cast very hard so they could perform a scene in one take or as close as possible.

When those scenes did wrap up, they became a valuable resource in their own right. Sometimes, Landon would reuse clips they shot in future episodes, repurposed as flashbacks to continue driving the narrative forward, fill in the runtime, and save money. Francis called this idea “a totally brilliant way to save some dough.”

The Ingalls lived together for years along Walnut Grove as one big, enduring family. The actors had to get used to accommodations similar to this, though even more close-knit. To avoid having to secure dressing rooms, Landon instead used what Francis dubbed a “utilitarian Honeywagons,” which can refer to a line of makeup and costume trailers, a tool Wonder Woman actor Lyle Waggoner would help supply to other actors as a luxury feature. The ones used by the Little House on the Prairie cast were less splendid. One Honeywagon had four rooms that could be so tiny, a second person could barely fit inside.

Karen Grassle, who played Landon’s on-screen wife Caroline, said Landon carried “the weight of the show on his shoulders.” Sometimes, he put that weight on others with high expectations, even for the child actors.

Landon’s work mimicked his personal life, a slew of messy contradictions that made him at once engaging and volatile; the same man who engaged in prank wars has been called a “bully” who limited a colleague’s work opportunities. There truly is always something new to learn about Landon and how this iconic series came to be.

Click for next Article
Previous article: Ozzy Osbourne Has Regrets About His Family’s Reality Television Show
Next Post: ‘Cagney & Lacey’ Stars Sharon Gless And Tyne Daly Are Still Friends At 78 And 76