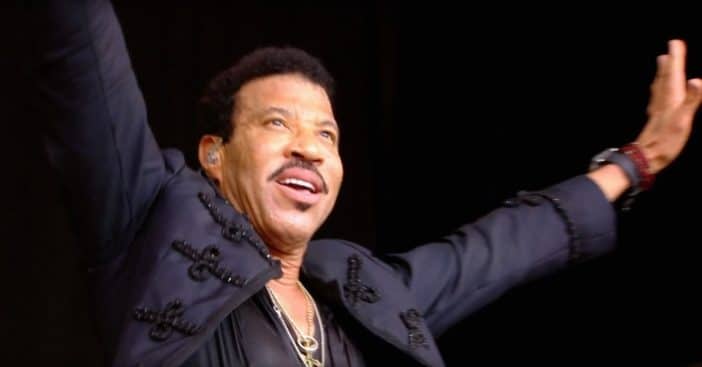 Today regarded as a timeless legend, there was a time as Lionel Richie was at the start of his climb to the top that critics shamed for specific reasons. For Black History Month, which runs through the entirety of February, Richie revisited the formative years of his career and the doubts he faced as a significant hurdle to his rising success, which has culminated in a nomination for induction into the Rock and Roll Hall of Fame.

That early point in his work as an aspiring singer was rife with critics who specifically called into question his artistry and its racial identity. Richie grew up in Tuskegee, Alabama, a city noted as highly important and influential in African-American history, a point of pride for Richie growing up. So, being told his music was “not Black enough” was jarring for the rising star and it made him both indignant and determined.

“It was really a great period in my life,” Richie said of the days when his solo career was getting off the ground, “but it was confusing.” There came a point when, Richie explained, he heard, “Hey man, the music’s not Black enough. Lionel’s not Black enough. What’s a Black guy doing writing a waltz?” He met these comments with indignation.

“No one had ever questioned my Blackness before,” explained Richie. “Like, do you know who you’re talking to?” Richie’s upbringing in Tuskegee had always been a point of pride for him. The city as a whole and the individuals who called it home made huge steps in African-American history in the states, including Booker T. Washington, who gained national regard as a patron of education. Richie’s own maternal great-grandfather was revealed on Who Do You Think You Are? to be have been a national leader of an African-American fraternal organization. Richie grew up exposed to this history and readily cited it when his critics’ old mantras came up.

He stayed the course because anything else was not an option

“William L. Dawson, who wrote the Negro Folk Symphony, would stop by the house,” Richie recalled. “Alfred ‘Chief’ Anderson was one of the dads in the community. He’s the one who took Eleanor Roosevelt up in a plane to prove that Black folks could fly. I grew up around amazing people.” The presence of such greatness meant great lessons and expectations. The singer went on, “They wanted us to be better. There was that saying, ‘Failure is not an option.'”

Richie had a specific goal in mind he told his detractors: “I’m not trying to be the greatest Black writer of all time. I’m trying to be the greatest writer of all time that happens to be Black.” He went on, “At the time it wasn’t hip, but it was forever. I had to keep moving forward in my quest to be that.” Jump ahead to present day and fans remember Lionel Richie for his fame with the Commodores, the success of “Lady,” four million album sales for his solo debut, serving as a judge for American Idol, multiple Grammy Awards, and his impending 2022 induction into the Black Music & Entertainment Walk of Fame. That all sounds like a goal well met.

Click for next Article
Previous article: Judy Norton Shares Why The Character Paul From ‘The Waltons’ Did Not Appear In All Reunions
Next Post: Gary Burghoff Experienced A Hilarious Wardrobe Malfunction Filming ‘M*A*S*H’