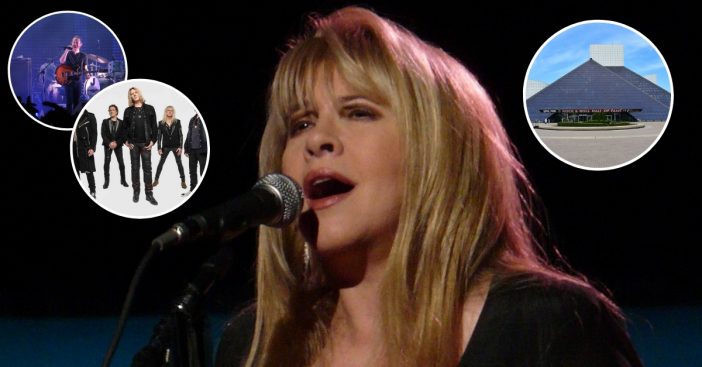 The Rock and Roll Hall of Fame recently announced its inductees for 2019. They include Radiohead, Janet Jackson, Stevie Nicks, Def Leppard, The Cure, Roxy Music, and the Zombies. There will be a ceremony held to induct these artists in New York on March 29, 2019, and it will be aired on television as well.

If you are interested in attending in person, the ceremony will be held at Brooklyn’s Barclays Center and tickets will be available in January. It will also air on HBO and broadcast on SiriusXM radio sometime in 2019.

How Are Artists Eligible To Be Inducted Into The Rock And Roll Hall Of Fame?

They are eligible to be inducted 25 years after the release of their first album or single. Stevie Nicks was previously inducted as a member of Fleetwood Mac in 1998. She will become the first and only woman to enter the Rock and Roll Hall of Fame twice. How cool is that?

There were other artists that were eligible this year but were not chosen yet. Those artists include Kraftwerk, Todd Rundgren, Rage Against the Machine, Rufus & Chaka Khan, MC5, LL Cool J, John Prine, and Devo. Which artists do you think should be inducted soon?

What The Artists Say About This Great Honor

Stevie Nicks said, “I have a lot to say about this, but I will save those words for later. For now, I will just say, I have been in a band since 1968. To be recognized for my solo work makes me take a deep breath and smile. It’s a glorious feeling.”

Radiohead released a statement saying, “The members of Radiohead have been surprised to learn of the band’s induction into the Rock & Roll Hall of Fame Class of 2019. The band thanks the Hall of Fame voting body and extends congratulations to this year’s fellow inductees.”

Janet Jackson simply said, “Thank you Rock and Roll Hall of Fame. I am truly honored and I am happy to be in there with my brothers.”

Joe Elliott from Def Leppard said, “Now we can stop holding our breath. How wonderful to be in the same club as the Rolling Stones and the Beatles and the Who and Queen … It’s a nice badge of honor.”

Lastly, Colin Blunstone of the Zombies talks about waiting. The band was eligible since 1989. He said, “You do start to doubt that it could happen. I’ve tried to be fairly philosophical about it and tell myself that if we don’t get inducted, it’s just a bit of fun. Don’t take it too seriously. But of course when you’re actually inducted, everything changes. You think, ‘This is a career-defining [and] life-defining moment’.”

What do you think about the bands being inducted to the Rock and Roll Hall of Fame in 2019? Which ones are your favorites? Will you watch it on television?

If you enjoyed this article, please SHARE with your friends who love these artists!