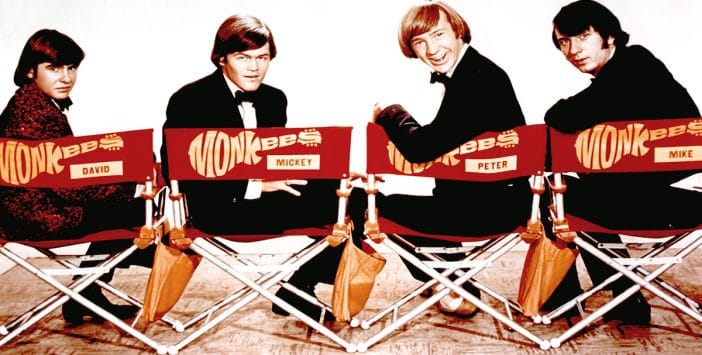 Michael Nesmith of The Monkees has died at the age of 78, leaving Micky Dolenz as the sole survivor of the ’60s TV series and rock band. His family announced his passing on December 10, though no explanation was provided in terms of cause.

In the aftermath, Dolenz issued the following statement: “I’m heartbroken. I’ve lost a dear friend and partner. I’m so grateful that we could spend the last couple of months together doing what we loved best — singing, laughing and doing shtick. I’ll miss it all so much. Especially the shtick.”

Hailing from Houston, Texas, and born Dec. 30, 1942, Robert Michael Nesmith served a tour of duty in the Air Force and, after receiving a guitar as a present from his mother and stepfather, immersed himself in music, writing songs and working in different bands. He was the only member of The Monkees that actually responded to an ad seeking people to audition. His mother, it should be noted, invented typewriter correction fluid (yes, it was once a thing), which she ultimately sold the rights to for $48 million. Mike was The Monkees’ “smart” one (with each of them having a designation, which is how the media dubbed The Beatles as well).

RELATED: The Monkees Then and Now 2021

From the Air Force to the World of Music

His interest in music began when he attended Dallas’ Thomas Jefferson High School. There he participated in choral and drama activities, but never graduated as he enlisted in the Air Force in 1960. Receiving his GED certificate, he was honorably discharged two years later and enrolled at San Antonio College. There he met John Kuehne, musician and songwriter. Not long after, Nesmith moved to Los Angeles where he wrote songs and poetry and performed them at folk clubs throughout the city.  When Randy Sparks of the band the New Christy Minstrels offered him a publishing deal for his songs, he was also told about the auditions going on for The Monkees, a TV series about four musicians that was heavily-influenced by The Beatles and their film A Hard Day’s Night. He was cast as guitar player with the wool hat, “Mike,” co-starring with Micky Dolenz, Davy Jones and Peter Tork.

The series ran from September 12, 1966, to March 25, 1968, for a total of 58 episodes. During those two years, it won the 1967 Emmy Award in the category of Outstanding Comedy Series as well as for director James Frawley in the category of Outstanding Directorial Achievement in Comedy. Reruns went to Saturday mornings, airing on CBS from 1969 to 1972. In 1975, it went into general syndication, appearing on different stations all around the country. Then, in 1986, MTV — when the cable network was about music — began airing the reruns, presenting it to a whole new audience and triggering a new wave of Monkeemania.

Over the years, Nesmith would join his fellow Monkees for concerts, but his appearances were far more sporadic than the others. In 1995 he reunited with them for the recording of their first new album in decades, Justus, plus he served as writer and director of the television special, Hey, Hey, It’s the Monkees, and toured the UK in 1997 with the other three. Between 2012 and 2014, following the death of Davy Jones, he performed another string of concerts with Dolenz and Tork. Then, in 2016, he wrote a song for, and performed vocally and instrumentally on Good Times!, The Monkees’ 50th anniversary album.

A Monkee to the End

Over the past few years, Nesmith and Dolenz toured together as a duo under the name “The Monkees Present: The Mike and Micky Show.” Earlier this year they went out on “The Monkees Farewell Tour,” which consisted of about 40 dates, though there were many limitations due to the ongoing pandemic.

Outside of The Monkees, Nesmith made a name for himself as a pioneer of country rock and headed up the First National Band, eventually followed by The Second National Band. Over the years he worked with many musicians behind the scenes as a producer, video director and more. He was an executive producer on several films and wrote the novels The Long Sandy Hair of Neftoon Zamora and The America Gene. Overall, he remained extremely creative and busy, and never really seemed to slow down.

He was married three times and is the father of four.