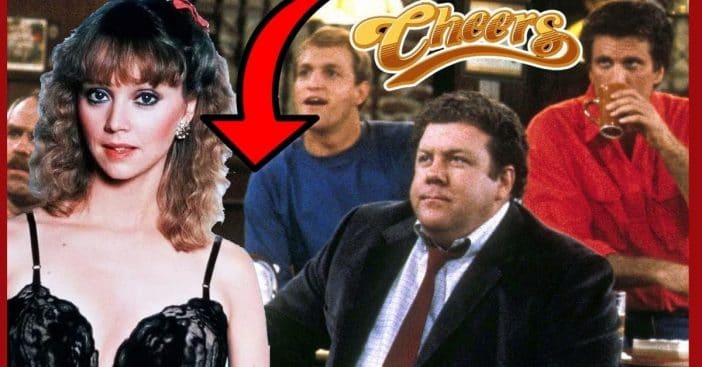 Sometimes you just wanna go to your local watering hole, where everybody knows your name. So what is it about Cheers that makes it rated as both the best and the worst sitcom out there? Well step behind the bar, fill up a beer for Norm, and you’ll learn that Cheers is full of surprises on the rocks.

So let’s order a round of secrets for one of the greatest sitcoms of all time, Cheers. Let’s take a look at what exactly they were drinking all those years, and the ultimate cliffhanger we almost got.

Cheers is the name of the show’s fictional bar, the perfect watering hole after a long week, or a long day, or what was going to be a long day. Boston bars are pretty famous for their party scene, and hardly any tv shows made a bar a setting for a show.

But that bar itself did have a real-world inspiration. All exterior shots use the real Bull & Finch Pub which propelled it into a serious tourist destination, raking in enough dough to open a second location. And the place fully embraced its fame and renamed itself Cheers Beacon Hill. Although the interior doesn’t resemble the show, they did build a slightly modernized replica of the set on the ground floor, complete with cardboard cutouts of Sam and everything.

For a show with so many wacky personalities, Cheers paid close attention to detail. For one thing, a lot of its dialogue was inspired by real-life bar conversations, which is why it was so damn relatable. They honed in on bar banter beautifully.

To really be qualified for his new role, Ted Danson took up bartending lessons and learned all about prepping drinks, so during the first month of shooting, he made all those Manhattans and Grasshoppers to better hone the bartending craft. In the end, he said the producers didn’t care, and just wanted the lines delivered well since the shots were usually aimed above his hands. But points for dedication, Ted.

The show also had to change some original plot plans. At first, Sam Malone was going to be a football player, as the role was originally written for NFL defensive end Fred Dryer. But they hired a guy with a background in baseball, and throw in Ted Danson’s body type and baseball was a no-doubter. The chemistry between him and Shelley Long was too perfect and showrunners couldn’t deny Ted’s charm.

One thing that wasn’t deliberately steeped in realism: Woody playing Woody. It really was just a coincidence that they hired a guy named Woody Harrelson to play Woody Boyd, his name had been decided before casting began.

Everyone Loves A Know-It-All

Could you imagine Cheers without the resident sort-of brainiac Cliff Clavin? Brilliantly played by John Ratzenberger. Well, when Ratzenberger first auditioned, he tried out for Norm, but although he lost out that battle, he asked the writers if they had a character that was the bar know-it-all. At that time, they didn’t, so right there they created Cliff, and a bit of Cheers magic fell into place.

And if some of his lines sound like something a seasoned cop might say, that’s because Cliff was originally supposed to be an officer. However, the writers figured a mailman would make even more sense for his slew of fun facts which were mostly improvised by Ratzenberger. The scripts gave him a heads up about the topic and he came up with the rest himself.

For a sitcom, Cheers wasn’t afraid to take things seriously. Sometimes it was fairly subtle, too. Take for example Sam always having water or seltzer nearby. That’s because his character was a recovering alcoholic, and when breaking that habit, it’s recommended to take up newer, healthier ones.

Then there’s the episode that almost was. Season 6 was supposed to end with a cliffhanger, having Sam learn that an ex-girlfriend tested positive for HIV.  But they couldn’t write the episode because of another social issue arising: the strike of the Writers Guild of America.

Laughing at the Laugh Track

Cheers was filmed before a live studio audience. The words introducing the live audience are about as famous as the theme song. However, early episodes didn’t have this quick disclaimer, it began in 1983.

That’s because more and more viewers started complaining about the volume of the laugh track. The problem was, Cheers didn’t have a laugh track. It was just a live audience going wild at Coach’s antics, or Sam’s one-liners to Diane. All those reactions were raw and genuine. And people still complained.

When your show takes place exclusively at a bar, there’s going to be a lot of alcohol consumed. So, Cheers showrunners made the deliberate choice to never show a patron leave the bar drunk to go to their car and drive home under the influence.

That meant painstakingly making sure they kept track of who left and in what state. This is also the reason the script always has a patron call a cab or go with a designated driver. In fact, Cheers helped popularize the idea of having a designated driver.

Their efforts were worth it because they got attention from anti-drunk driving campaigns that praised Cheers as a great influence for responsible drinking.

You could see all 273 episodes of Cheers and still have missed one. That’s because it came by special order from the U.S. Treasury. The Cheers creators were contacted directly from the department and asked to make an episode promoting U.S. savings bonds.

Never ones to turn down a customer, they brewed up the episode “Uncle Sam Malone,” but don’t look for it on TV because it never aired. Instead, it was only played as a promo at savings bond drives. Guess I’ll just swing by one of those next time I’m in 1983.

Aside from acting, Jay Thomas had a side gig as a radio host based in Los Angeles. The morning radio show was pretty popular, and of course, they knew their host was also in Cheers, as Carla’s new love interest. When one curious caller asked what it’s like being on the show, Jay’s answer sealed Eddie’s fate. He said, “It’s brutal. I have to kiss Rhea Perlman.” Apparently, one of his listeners at the time was Perlman herself, and she took revenge by asking producers to kill off her TV husband.

So in Season 8, Eddie gets run over with a Zamboni. And just to add insult to injury, producers tried to stifle upset fans by revealing that Eddie had been living a double life when Carla discovers a second widow at his funeral. Perlman covers her revenge plot by stating that Carla And Eddie’s forever pairing would make her less part of the bar collective.

Cheers is all about drinking yet they were careful, Patrons never drove drunk, Sam had all he needed to avoid lapsing. And most importantly, the cast didn’t just throwback shots all day.

Instead, the show had to ensure that everyone stayed sober. Norm had it the weirdest with his personal drink called Near Beer, basically, a weakened strain of ale with some salt to keep the suds firmer for a long time. Since Norm almost always had a drink in his hand, his actor George Wendt had to down that Near Beer more than a few times.

Tribute to the Fallen

Sadly, Cheers lost one of its own early on, it was 1985 when Coach, aka Nicholas Colasanto, died from a heart attack. He was phenomenal as the aloof second bartender Ernie for parts of the first three seasons before Woody Harrelson filled that void.

He was gone but not forgotten, with some touching tributes sprinkled in to remember the much-beloved character. Sam sometimes wears Coach’s baseball jacket, and in the series finale, Sam adjusts a picture that had actually hung in Colasanto’s dressing room.

That’s as far as the network would let them go. NBC wouldn’t let the cast take a break from filming for Colasanto’s funeral. So, they had to settle with sending Ratzenberger as a representative. Yet, back in LA, the cast made up a  makeshift memorial of their own.

You could call the union between Diane and Sam perpetually stuck in a state of uncertainty. And the studio even shot two endings to that plotline. One with a studio audience where the two actually do get married and have their ceremony and everything.

But that was just to hide the fact Shelley Long was leaving, and they threw out that ending for one filmed without the audience where they call the whole thing off. Pretty sneaky.

Cheers is one of the few shows that had the title for best and worst at some point during its run. When it premiered, it ranked 77th out of 100 shows that week. But as the show progressed, the ratings grew. So, why stop after 11 Seasons, why not round up to 20, or 30 even?

Well, Ted Danson wanted to spread his wings and try new things. So producers concluded that they could continue by having Woody take over Cheers. The problem was, Harrelson was a fan of Danson and refused to do the show without him.

NBC had a big sendoff at the Bull & Finch Pub with thousands of fans celebrating and watching the end. And, of course, because it’s Cheers, there was a lot of hugging and crying and… drinking. NBC had organized it so after the finale the cast would appear on The Tonight Show.

Cheers gave viewers a place to call home for over a decade, a wonderful and immersive escape once a week. It truly was a one-of-a-kind series. What’s a great episode of Cheers that you remember? What was a crazy and possibly improvised fact of Cliff’s that you’ll never forget? Did anyone remember a good Norm excuse?

Click for next Article
Previous article: This Is Why Clint Eastwood Refused An Invitation To Play Superman
Next Post: Elvis Presley Once Painted Statues Black To ‘Integrate’ Las Vegas Venue