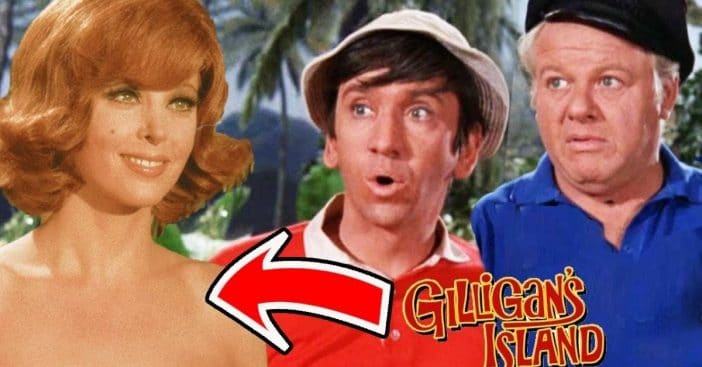 Ahoy, mateys! This is your Captain speaking, welcoming you aboard the S.S. Nostalgia. This time, we’re taking a stroll down this ’60s deserted beach of Gilligan’s Island. So just sit back and you’ll hear a tale. A tale of a fateful trip that started from this tropic port aboard this tiny ship.

How does JFK relate to Gilligan’s Island? Just where is this far-off, abandoned place? How did everyone associated with the island— and the state of Colorado— get their names? We reveal all this and more as we sail back to Gilligan’s Island. Without further ado, let’s start this tour.

It’s the ultimate conversation starter: if you were stranded on a desert island, what one item are you bringing? That was also a question posed during a public speaking course attended by none other than Sherwood Schwartz, who remembered that question years after graduation.

So, he decided to make a show out of it! Gilligan’s Island was meant to be political criticism, throwing a bunch of very different people together and showing that hey, when survival requires it, we can all get along. When he pitched the show using words like “microcosm” and “metaphor,” it was a bit of a hard sell, specially labeled as a comedy.

CBS Programming execs initially didn’t love the pilot, but they checked in with three separate test audiences who loved it, so CBS plugged Gilligan’s Island into its upcoming fall schedule.

The SS Minnow’s manifest nearly looked very different. For one thing, show creator Sherwood Schwartz wanted Jerry Van Dyke to play the titular and bumbling Gilligan. The problem was Van Dyke called the pilot script, quote, “the worst thing I’d ever read.” His words, not mine.

Instead, his agent redirected him to a much more safe bet, My Mother The Car, which lasted a grand total of one season, because it was about a mother reincarnated as a 1928 Porter automobile. Yikes. Surprisingly, Van Dyke had no regrets because of the dreaded threat of typecasting. Retroactively he can spot the difficulty of being known only as Gilligan for the rest of his career, so, in his eye, he dodged a bullet.

With a Ph.D. in botany and a pension for inventing, Professor Roy Hinkley is a pretty impressive presence. That’s precisely why we see him played by John Gabriel in the pilot episode, and never again. Russell Johnson replaced him because producers didn’t think Gabriel looked old enough for all the degrees and fancy titles.

After changes from the pilot, Mary Ann now entered as a wholesome all-around good girl farmer to replace Bunny, and she needed a new face to go with it. Raquel Welch actually turned up at auditions for Mary Ann, but her status as a sex symbol detracted from the “girl next door” vibes.

As for Natalie Schafer, she heard filming the pilot came with a free trip to Hawaii. That was a big requirement to get her on board the SS Minnow. Producers went through a lot of actors on the wish-list for their potential castaways, and everyone from Jayne Mansfield and Dabney Coleman, to Caroll O’Connor. Meanwhile, the role of Ginger would go to six women through the show, spinoffs, and sequels. Tina Louise wasn’t entirely thrilled with the role, since she thought it made her seem shallow and nothing but a pretty face.

Skipper was the toughest to cast looking for that balance between angry yet caring. The casting call went out while Alan Hale Jr., who was filming Bullet for a Bad Man, so he snuck off while filming and hitchhiked with Bob Denver. They would travel by taxi, horseback, and airplane to get to the call— must’ve been the prequel to Planes, Trains, and Automobiles.

Name a favorite iconic music score and John Williams probably composed it. He transformed two cello notes into the sound of dread for Jaws and composed a sweeping adventurous theme for both Harry Potter and of course Star Wars. Additionally, Gilligan’s theme would go through some changes, but it too had John Williams’ musical influence. One version had Sherwood Schwartz singing a fun calypso number, set to a tune composed by Williams.

The original opening credits didn’t even have the Professor or Mary Ann, and it started off as a six-hour ride, not a three-hour tour. Also, sharp-eyed viewers can see the flag flown at half-mast. Why? Filming the pilot took place in November 1963. The shots of the SS Minnow taking off were the last shots needed, and they used Honolulu Harbor as the base. Then, news came that President John F. Kennedy had been assassinated. All military ports closed for a period of mourning, which delayed production for days and kinda puts an eerie somber tone to the intro, forever immortalizing that fateful time.

What’s in a name?

Did you know Gilligan does actually have a first name? It’s Willy! It’s never mentioned in the series, but Schwartz’s original notes declare him, Willy. Probably should have told Bob Denver that, because he thought Gilligan was his first name. The two would fight about this for years.

As for the influence of Gilligan, Schwartz picked it up in a Los Angeles telephone directory. And the SS Minnow got its name from Newton Minow, who happened to be head of the FCC, the agency responsible for overseeing TV and radio. The man famously played favorites, or, least favorites, and called television, quote, “a vast wasteland.”

Bob Denver may have lost the Gilligan argument, but he had plenty to brag about. If his name makes you think about Colorado, that’s because the state capital is named after his own great-great-grandfather James William Denver.

Can’t skip the Skipper. His momma gave him a full name too: Jonas Grumby mentioned once in the pilot and hardly ever again. Actually, the Skipper has a whole backstory talked about in the 2003 book Gilligan’s Wake, revealing he served with both JFK and Quinton McHale from McHale’s Navy. Whether that book’s lore is official is a subject of debate, but I certainly enjoy it.

CBS built the lagoon in a studio after fog made Malibu impossible. Fog-begone, but sometimes they’d have to stop taping when traffic noises from the Ventura Freeway got too loud. During the winter, water temperatures dropped to the 40s, forcing Bob Denver into a wetsuit under his usual costume. Jump to 1995, the lagoon was turned into an employee parking lot. How rude.

So where is this deserted island? Sometimes episodes dropped some breadcrumbs – The coordinates mentioned in “X Marks the Spot” of 140º latitude by 10º longitude aren’t actually possible. A later episode uses the coordinates 110º longitude by 10º latitude, which probably has a negative sign somewhere in there, putting it just off of Mexico’s Pacific coast. Then, when the Navy sees Gilligan on a jet pack, they say he’s 250 miles south of Hawaii. That makes 10º latitude, -140º longitude the most likely location.

Don’t Try This At Home

The castaways got into some dangerous stunts trying to survive that tropical island. Even though Lovey Howell was the quintessential spoiled brat, her actress wasn’t. Natalie Schafer always did her own stunts and had no problem sinking in fake quicksand or splashing around in a muddy lagoon. All this in her mid-60s! She had a formula for staying fit, too: daily swimming, and what’s called the ice cream diet: one quart of ice cream spread across three meals. In 5 days, she lost 3 pounds. I think I tried that same diet when I was about 11. It did not work great.

Alan Hale was another actor who got his hands dirty, sometimes at his own expense, like when he fell out of a coconut tree and missed the crash pad just enough for his arm to hit the stage. He championed on and didn’t stop to get medical attention for three weeks to prevent a halt in filming. He still managed to lift Bob Denver and throw coconuts around, but it wasn’t easy.

As for those coconuts, sometimes realism isn’t always better. The show tried to stay realistic and use actual coconuts for drinking, but they didn’t look or work that great on camera and spilled quite a lot. So, they went with official props.

Okay, admit it, who else actually thought the castaways were real when they were younger? Enough people did that the Coast Guard got loads of letters begging them to go out and rescue Gilligan and his pals.

The famous skipper himself Alan Hale Jr. brought his character into the real world for a good cause. He donned his Skipper costume and went to visit a terminally ill boy who loved the series! And Hale did all this while he himself was battling cancer, which would take his life at 68. That’s my captain.

Case of the Disappearing 4th Season

Wait. Did we ever rescue Gilligan and company? When CBS demanded a time slot for Gunsmoke, a western favorite for Babe Paley, wife of CBS president William Paley. Gunsmoke out-drew Gilligan’s Island and we never got to see a rescue. The real kicker is that the cast had already bought houses in Los Angeles so they’d be nearby and ready to start that exciting fourth season.

Gilligan’s Island will forever be in the cultural zeitgeist, enough so, that the Harlem Globetrotters got a fun crossover. No not that crossover, this kind: The series also got not one but two cartoon spin-offs. One was called The New Adventures of Gilligan. Everyone except Tina Louise and Dawn Wells reunited to lend their voices.

Gilligan’s Planet sent our castaways sailing the starry seas in space! It only got 13 episodes, but would be the last Saturday morning project of famed studio Filmation.

Watching the Howells so clearly out of their element was a big highlight, but Jim Backus was no rich snob. He offered younger actors advice whenever he could, and was the cheapest cast member among them— not always in a fun way. He was that guy who always forgot his wallet when the cast went out to dinner, so after the wrap party, Natalie Schafer gave him a bill for $300 to make up for all those times he forgot his wallet.

That was probably more to make a point than actually collect since Schafer was actually a millionaire. Investing in Beverly Hills real estate paid off for her back when buyers could nab a house for $50,000.

Land ho! We’ve made port at last! What fact surprised you the most? Do you know any behind-the-scenes tidbits that we missed? Let us know in the comments below, we love hearing from you.

Click for next Article
Previous article: Just In: Father Of Robert Downey Jr. & Filmmaker, Robert Downey Sr., Dies At 85
Next Post: Frank Sinatra’s Friend Says His Relationship With Ava Gardner Was ‘Too Intense’