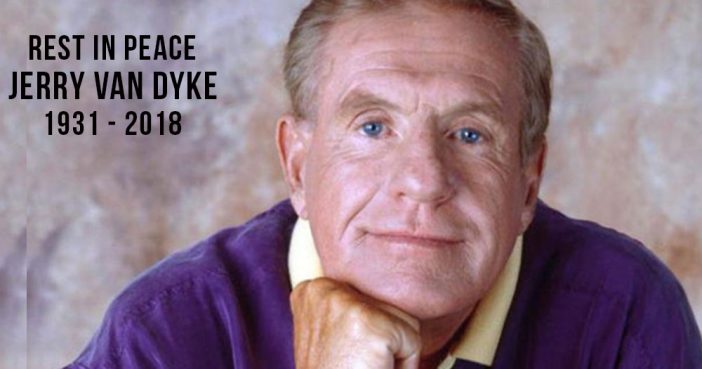 Jerry Van Dyke, famed actor and comedian, passed away yesterday according to his wife Shirley due to deteriorating health following a car accident two years ago. He was 86 years old.

Born in Danville, Illinois it was clear that show business ran in the family as he pursued comedy like  his older brother Dick Van Dyke. Jerry started doing stand up while still in high school, and even during his time serving in the military. He joined the Air Force in 1952 and performed with the military performing ensemble Tops In Blue. Jerry made his own mark in entertainment as a comedian appearing on “The Ed Sullivan Show”, “The Judy Garland Show”, and more recently “Yes Dear” and “The Middle”. He was best known for his role on the sitcom “Coach” where he played Assistant Coach Luther Van Dam, a role that earned him four consecutive Emmy nominations.

He is survived by Shirley, his wife of 40 years, and his two children.

All of us at DoYouRemember wish his family the best as they go through this difficult time. Jerry Van Dyke brought laughs to millions and will be greatly missed.

Continue to next page for some of Jerry’s memorable moments.