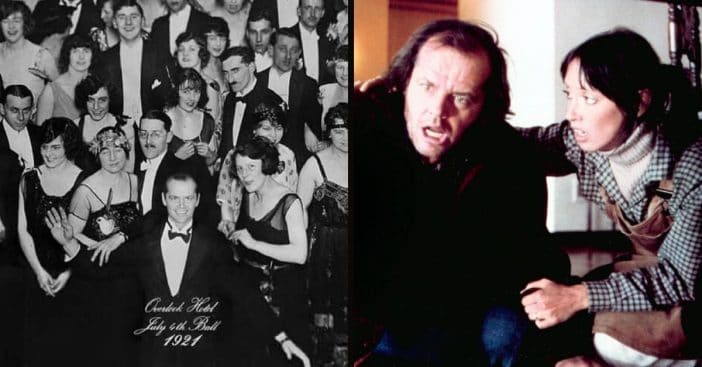 The Shining remains a fundamental part of American movie history, brought forth from the powerful pages of Stephen King. Just like a book, a movie should stick the landing, and Stanley Kubrick’s film ends on an ominous note with a lingering shot on a 1921 July 4th photograph.

A photograph that, this year, has turned 100 years old, going by film lore. Adding this remarkable date to the shocking details of the picture within the movie and the additional years into the present, the internet had a lot to marvel about.

The 1980 film, adapted from Stephen King’s novel of the same name, follows the Torrance family as they are tasked with the seemingly innocuous job of maintaining Colorado’s Overlook Hotel. Much to Wendy and Danny’s detriment, however, Jack gets an extreme case of cabin fever that puts him on a homicidal rampage. Didn’t they know all work and no play makes Jack a dull boy?

Hard to believe it has been 100 years since this iconic photo at the Overlook Hotel was taken. pic.twitter.com/9AATBeYos8

After several surreal scenes that remain iconic to this day, between flooded elevators and creepy hallway twins, Jack is neutralized – seemingly. After all that, the film lingers on a shot of an impressive photo capturing a ball celebrating July 4th dated 1921. Of course, it’s in black and white, appearing very vintage, from over 50 years before the events of the film. So, what is Jack Torrance doing there smiling ominously at the viewer?

It’s officially July 4 in Colorado. 🥂 to 100 years of history at The Overlook Hotel.

Movie buffs will know this date as well as Room 237, the site of reversed redrum, where they learned the answer to where’s Johnny? Right there, wielding a deadly weapon. Colorado is in Mountain Daylight Time, or the GMT timezone, so as soon as the sun rose on July 4th, the CineStructure Twitter page announced, “It’s officially July 4 in Colorado,” with a festive toast “to 100 years of history at The Overlook Hotel.”

A century ago today. ⌛️

Yet another classic movie fan commented, “Hard to believe it has been 100 years since this iconic photo at the Overlook Hotel was taken,” with a closeup of that incredible twist detail in the photo. Yet another celebratory post wished, “Happy 100th anniversary to the Overlook Hotel #July4th Ball of 1921,” just adding to the importance of July 4th dating to 1921.