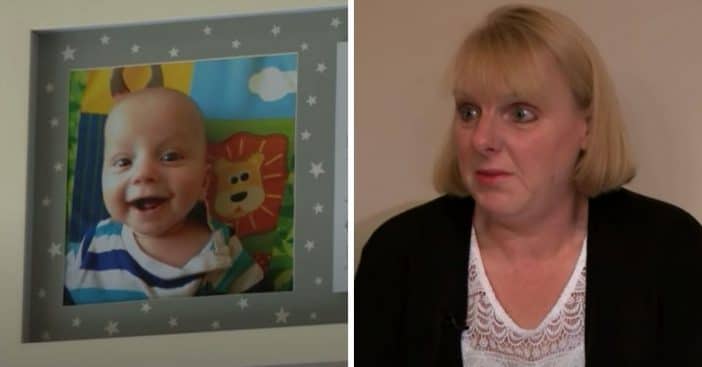 Louise Warneford finally got pregnant and welcomed a baby into the world after suffering 18 miscarriages. And after having so many miscarriages, she couldn’t bear it anymore. “I never allowed photos when I was pregnant because I assumed I would lose the baby and I didn’t want that sad memory,” Louise tells TODAY Parents.

“Each loss left me devastated. All my hopes, all my dreams… my whole world would just fall apart. It never got easier.” Then, at 48 years old, her life changed forever.

Just shy of her 49th birthday, Louise gave birth to her son, William after 16 years of loss. She and husband, 59-year-old Mark, used a donor embryo as they had been using previously. “When William was placed in my arms I felt like I’d won the lottery. I was absolutely euphoric,” she recalls. “All the doctors and nurses were in tears because they knew my story.”

RELATED: A Real-Life Story Of ‘I Didn’t Know I Was Pregnant…’ Until Baby Was Born In The Toilet!

Today, Louise is 53, but she still wants to share her story with the world. Just last year, she released a book called “Baby Dreams,” which details her heartbreaking story and journey to motherhood. She revealed that she was close to giving up after her OBGYN diagnosed her with elevated “natural killer” cells or NK cells. NK cells are part of the immune system and help the body fight infection, but they can also cause miscarriages.

Louise revealed that her OBGYN began treating her with steroids, baby aspirin, and blood thinners, and she managed to deliver a healthy baby boy at 37 week’s gestation. But, these therapies don’t work for a majority of women suffering from the same diagnosis. “For decades, doctors have been at a loss for ways to help women with multiple miscarriages and many of the treatments that focus on the immune system have left women still frustrated,” says  Dr. Lora Shahine, director of the Center for Recurrent Pregnancy Loss at PNWF in Seattle.

“Scientific studies examining drastic immunosuppression treatment for women to prevent miscarriage have not proven beneficial, but women — and their doctors — desperate for an answer and an intervention, will often take the risks associated with these treatments.”

Despite everything, Louise says she would do it all over again. “William is perfect,” she says. “He’s my miracle baby.”