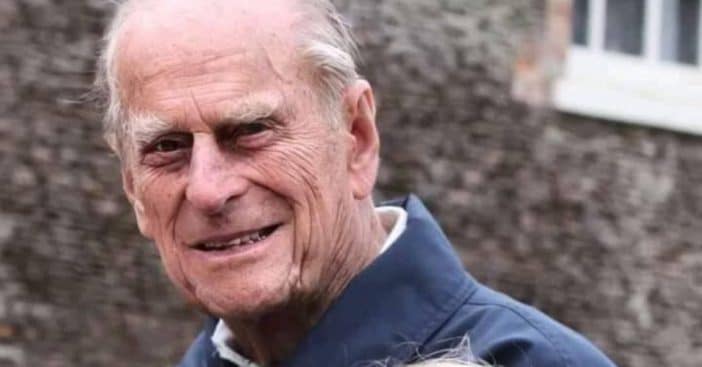 The British royal family announced the death of Prince Philip, whose funeral will be televised for mourners outside the family and United Kingdom to view. Upon the initial announcement, the official statement informed, “Further announcements will be made in due course.” Now, there are more details on exactly how to witness this moment.

The coronavirus pandemic will affect how the ceremony can unfold. For one, the U.K. has restrictions on the number of people allowed to congregate. Additionally, attendees must observe social distancing and quarantining practices, among other regulations. So, how will the event occur?

Prince Philip will have a private funeral viewable to anyone

I just love this photograph taken by HRH Duchess of Cambridge. Prince George with his Great Grandfather, Prince Philip, consort to Her Majesty the Queen. How many of us actually have a photograph with our Great Grandparents? Truly unique & one for the History books pic.twitter.com/R2bqzbz4z7

Overall, Prince Philip’s funeral will be a private event. However, those interested can watch the event from their televisions via BBC One. This news outlet will broadcast the event, which will occur on April 17. Streaming starts around 3 p.m. BST. WorldTimeBuddy clocks this at 10 a.m. EST, for American East Coast viewers. Prince Philip will be laid to rest a little under two months before what would have been his 100th birthday on June 10, a milestone he reportedly had no interest in reaching.

Beyond that, even members of the British royal family planning to attend must follow particular guidelines given the pandemic. Only 30 people can congregate for such a funeral. Among the royals attending, each is expected to wear dark mourning bands as they observe their respective period of mourning the late Duke. Queen Elizabeth recently began hers, officially lasting a week but the whole country’s will last a month.

What to expect at the event

More details on Saturday’s funeral for Prince Philip via @HarpersBazaarUS:https://t.co/jiWeJn0OQU

Despite the tension between Prince Harry, Duchess Meghan, and other core members of the royal family, Prince Harry has returned to the U.K. for Prince Philip’s funeral. Royalty reporter Omid Scobie shared via tweet, “Prince Harry will attend his grandfather’s funeral on Saturday (following all U.S. and U.K. Covid-19 protocols in the process). A source adds that Meghan, who is heavily pregnant, made ‘every effort’ to travel but didn’t receive medical clearance from her physician.” Prince Harry is quarantining at Frogmore Cottage along with Princess Eugenie, her husband Jack Brooksbank, and their new son.

He’s joined by Queen Elizabeth II and her other children, Prince Charles, Princess Anne, Prince Andrew, and Prince Edward. Charles, Ann, and Edward’s spouses will also attend. Prince William, Catherine, Duchess of Sussex, Princess Beatrice, Princess Eugenie, Zara Tindall, Lady Louise Windsor, James, Viscount Severn, and Peter Phillips, who make up the duke’s grandchildren, will also attend. There is currently no word on who among those will bring their respective spouses.