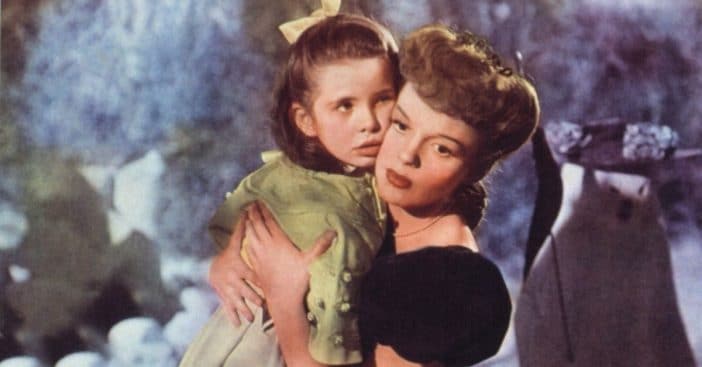 Margaret O’Brien was a child star in the 1940s. Now, Margaret is 84 years old and looks back fondly on those memories. She recalls working with the infamous Judy Garland in Meet Me in St. Louis. The musical came out in 1944.

Margaret said, “I loved making that movie. I almost didn’t make it because I was under contract to make other movies for MGM. And of course, [MGM co-founder Louis B.] Mayer did not want to pay you much! It was a very small salary. But my mother thought, ‘Her pictures are making money. I gotta protect my child.’”

“My mother went into Mr. Mayer’s office and said, ‘I want $5,000 for my daughter,’” she continued. “That’s what MGM’s top stars were earning a week and my films were very successful. My mother wanted to make sure that was in my contract. Of course, he cried. He could cry better than I could when you asked for money!”

Eventually, he gave in because Margaret was one of the most famous child actors at the time! She is glad she was able to appear in the film. She said, “But I went on to do ‘Meet Me in St.’ Louis’ and I loved making that movie. We were very much a family. We all got along and enjoyed working with each other. And I think that’s what made the film such a classic. It was about a Victorian family that was very close. And in real life, we actually were just as close, too.”

Margaret said she kept in touch with Judy over the years before he passing in 1969. These days she is still friends with Judy’s children. She added, “I certainly loved her and I just worked with her. She was a truly special person. And I never forgot her.”