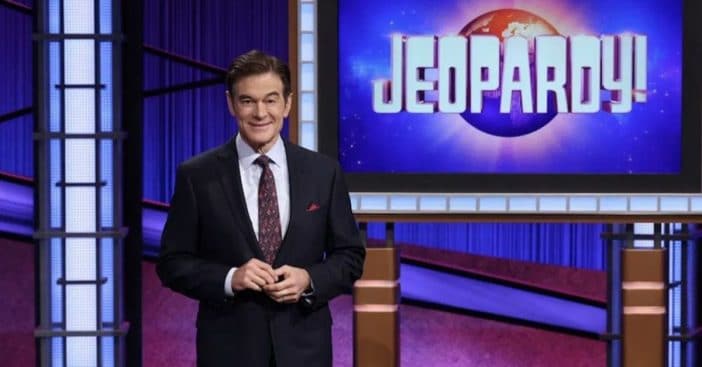 Following the passing of Alex Trebek, Jeopardy! aired several pre-recorded episodes before going through a rotating cast of new hosts. The latest member of that rotation, Dr. Oz, has seen Jeopardy! ratings dip further than they’ve been since Trebek’s last episode.

This response follows in the wake of hot debate surrounding Dr. Oz, his relationship to Jeopardy!, and his credentials as a scientist. Doubts came from fans of the show and from former contestants who disagreed with mixing pseudo-science with a game centered around facts.

Fans and contestants voice their grievances

Jeopardy! has seen a rotating cast of guest hosts since the last recorded episode featuring Alex Trebek. However, when plans that Dr. Oz would be one of Jeopardy!‘s hosts arose, fans and contestants united to protest this. They composed a letter, posted to the writing platform Medium. They criticized the “dubious” appointment as “the elevation of … talking head[s] at the expense of academic rigor and consensus.”

“When we heard that Dr. Mehmet Oz was slated to be a guest host, agreement came quickly — we were opposed,” the letter also read. “Throughout his nearly two decades on television he has used his authority as a doctor to push harmful ideas onto the American public, in stark contrast with his oath to first do no harm.” The letter then lists actions of his under criticism, including promoting supplements that reportedly offer no benefit. Starting as a medical expert for The Oprah Winfrey Show, Dr. Oz’s presence on Jeopardy! has critics highlighting instances where he pushed reportedly unresearched scientific claims.

Jeopardy! ratings began to gradually decrease since January. Alex Trebek’s final taped episode on the 8th netted 14 millions viewers, which represented the highest the game show had seen in a year. Since then, however, viewership started taking a gradual dip and Dr. Oz’s presence as guet host hasn’t turned that around for Jeopardy!

First, reports in late March claimed a 5% dip under guest host Katie Couric’s second week on the job. That made it fall below Family Feud among household syndication ratings, New York Post writes. Now, Dr. Oz is on his second week on the job and faces a similar, furthering trend. For comparison, at the end of March, Family Feud earned a score of 5.4 while Jeopardy! had a 5.2. Both were affected by CBS’s coverage of the NCAA Men’s Basketball Tournament, it’s worth noting.

However, these scores and viewership ratings mark the lowest Jeopardy! has seen since January. Among the list of potential hosts to take up the position in a more long-term capacity, Dr. Mehmet is met with some division. Others, however, such as Ken Jennings and LeVar Burton have many supporters, scores of victorious games, and even petitions backing them. What do you think of Dr. Oz hosting Jeopardy? Who would you like to see host next?