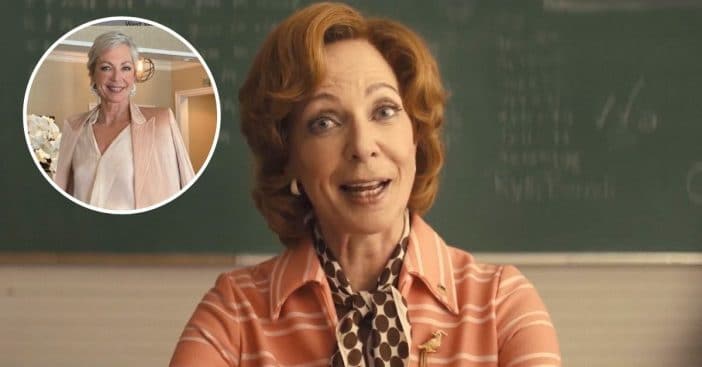 Allison Janney admitted to Drew Barrymore on her talk show that she now feels a new kind of freedom. She recently decided to let her gray hair grow out and she loves it! Drew thought that Allison’s gray hair is “stunning.”

Allison admitted, “I cannot tell you how amazing it is to feel free. Free from hair color and hair extensions and hair tapes and blah blah blah. To be able to run my hands through my hair and hopefully sometime a man will be able to run his hands through my hair and appreciate it, it’s just heaven. I’m enjoying this new chapter in my hairdo world.”

Even though she embraces her grays in real life, she has to wear a wig on her show Mom. However, she doesn’t mind! Allison said, “I think they’re [wigs] so transformative. Even before I made it as an actress, when I was back in New York, I would put on wigs to go to the grocery store just for fun. I love wigs. Everyone knows I wear a wig on the ‘Mom’ program now for sure.”

RELATED: Christie Brinkley Is The Latest Celebrity To Let Her Gray Hair Shine

These days, Allison is working on wrapping up Mom and is pretty sad about it. Allison said that the cast now feels like family, as the show has been on for several years. She added, “So I’m sad, but we’re coming up on filming the final episode and in some ways, I don’t want to go, I wanna run away because I always wanna leave the party before it’s over.”

At least she will no longer have to worry about wigs when filming wraps!

Click for next Article
Previous article: ‘Jeopardy!’ Viewership Ratings Dip Even Lower After Controversial Dr. Oz Hosting Stint
Next Post: Korie And Willie Robertson Talk About Reactions To Their Adoption Of A Biracial Son