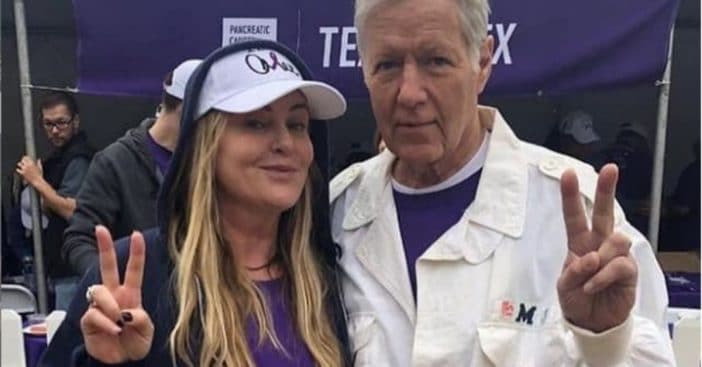 As the host of Jeopardy! for almost four decades, Alex Trebek became practically synonymous with the game show. Since his death, the program launched a schedule cycling through guest hosts who gained varying levels of approval from viewers. However, Nicky Trebek, daughter of the late host, admitted she hasn’t watched Jeopardy! since her father’s passing.

Trebek passed away in November of 2020 following a long battle with pancreatic cancer. Through it all, he continued to host the show whenever possible. He even had holiday-themed messages pre-recorded. Audiences saw the last new episode with Trebek as host in January 2021.

Nicky Trebek admitted she hasn’t watched Jeopardy! since her father’s passing in November. She spoke of the grieving process on CBS This Morning on Tuesday, explaining it was still hard to see her father, now departed, in the handful of episodes he’d recorded ahead of time.

Processing his death and honoring his life

Nicky Trebek joins us to reflect on her father's life and her plans to honor his legacy. pic.twitter.com/NMxKi2yPM6

Former interim Jeopardy! host Katie Couric has stated that Trebek made Jeopardy! not just a game show but a whole institution that bettered America. Trebek often championed homeless shelter provisions and helping the disenfranchised. His family continues that legacy he so strongly established.

Nicky further outlined, “I just want to carry on his legacy, honor his fight. It’s really hard to explain… I think we all still thought he was gonna beat it. It was one of those things where he is invincible and so extraordinary and so many things he does in life and it was just, I’m not sure how to put it into words.”

To honor the battle Trebek fought, Nicky is creating a team for a virtual Purple Stride Walk. Among the various colored ribbons representing a different form of cancer, purple symbolizes pancreatic cancer and the movement would benefit ways of researching and combatting it. This fills in her time since she hasn’t watched Jeopardy! since Trebek’s passing just before Thanksgiving and his final taped episode on January 8. The game show continues on through a rotation of different hosts, but the show will always be his in her eyes.

Click for next Article
Previous article: ‘Jeopardy!’ Loses Top Ratings Spot For First Time Since Alex Trebek’s Last Episodes
Next Post: WATCH: Lionel Richie Brought Back “We Are The World” For The Coronavirus Crisis