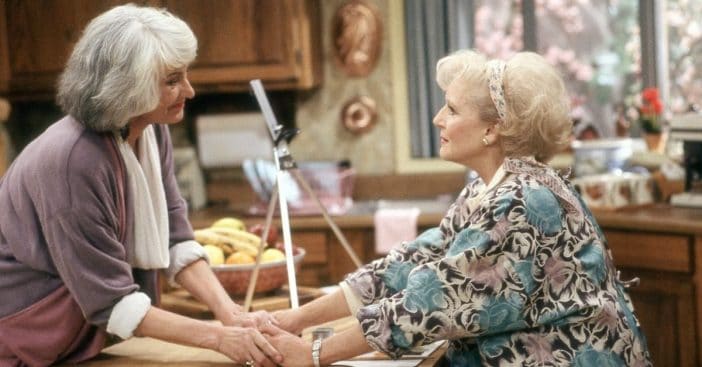 Across its seven seasons, The Golden Girls mixed comedy with serious topics. This allowed the show to weave between tension-breaking jokes and sobriety rooted in realism. One such opportunity came with the episode “72 Hours,” following the three days Betty White’s character Rose thought she might have received blood contaminated with HIV.

The episode came at a pivotal time in U.S. history with the AIDS epidemic mounting while people’s understanding of it did not. So, when the 1990 episode aired, it made quite a few daring moves that would leave even Betty White surprised. It also addressed some key misconceptions and points of concern felt by many Americans at the time. All the while, it gave a face to the epidemic that maybe some people hadn’t put a face to before.

Rose wrestles with fear for 72 hours

In keeping with its name, the season five episode “72 Hours” chronicles the three days Rose spends in distressed limbo. The hospital she’d had surgery at informed her that the blood she’d received might have been contaminated with HIV antibodies. That, then, risked Rose getting HIV and later AIDS. She goes in for a blood test and waits for the results, oscillating between terror, resignation, cynicism, and defiance.

Along the way, her dear friends go through motions of their own. At that time, not many Americans fully understood the HIV/AIDS epidemic. So, sometimes the others might want to avoid Rose at all costs, thinking even a single breath could put them at risk. Dorothy and Blanche set some things right, easing others and each other from the grip of their own fears and innocent ignorance to explain what’s known and what isn’t. So, when it comes time for Rose to get her results, the quartet stays a united front.

The Golden Girls went to the streaming service Hulu in 2017, which sparked renewed interest in the show as a whole and its unique ability to tackle a diverse range of topics. It encouraged positivity for older women and explored seemingly taboo topics for them like physical relationships. But it’s “72 Hours” that still surprises White. Writer Jim Colucci shared excerpts from his book in response to the renewed Golden Girls fervor, which contained musings by White about the famous, moving episode.

“Not only were people understandably afraid of AIDS, but a lot of people wouldn’t even admit it existed,” White summarized. “So this was a daring episode to do, and the writers went straight for it. It’s interesting that they picked Rose for that situation. Blanche was such a busy lady, but if it had been her story it would have taken on a whole other color. But with Rose being Miss Not-Always-With-It, it came as a real surprise.”

The quartet of friends cover a lot of important topics surrounding the AIDS epidemic, both directly and by virtue of their involvement. For instance, as TIME notes, back then, AIDS had been dismissed as a problem exclusive – and even inevitably tied to – the LGBT community. But having this contamination happen to Rose showed everyone can be affected by it. Fear also sparked suspicion against the gay community, so that people would not want to share utensils or water bottles, breathe near, exercise with, or even shake hands with a member of the gay community. None of those activities would spread it, yet even Sophia tried to keep separate mugs from Rose until Blanche set her straight.