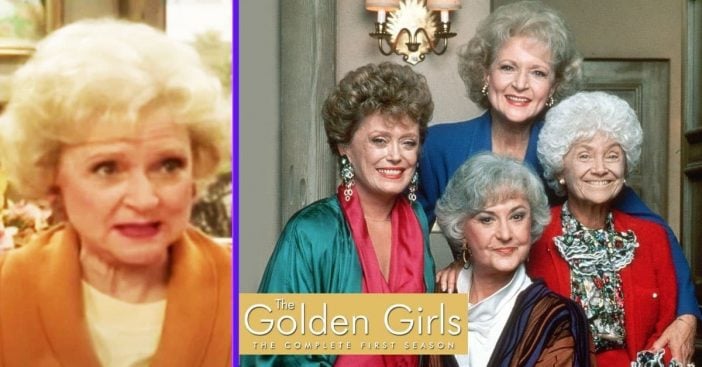 Several generations of people have adored following the comedic adventures of Golden Girls, Rose, Blanche, Dorothy, and Sophia. When the show first began in 1986, it was pretty groundbreaking for a sitcom to be following the lives and friendship of four women over the age of 50. In celebration of the show’s three-decade anniversary, TODAY dug into their archives for some Golden Girls footage from 1991.

See the ‘Golden Girls’ cast in archived footage from 1991, talking about aging

She continues, “If you were a dull young person, you’re going to be a dull old person. But I don’t think just because the years go by that you have to be that way.” Bea Arthur reveals she was sold on the show from the very first moment. “When I was sent the first script, the pilot, I just read it and I said, my God, this is literate, it’s adult, it’s funny, it’s wonderful,” she says at the time.

RELATED: Home Used For ‘The Golden Girls’ On Sale For $3 Million

Rue McClanahan adds on, “I thought, this is a piece of gold in my hands,” she said. “I said, I want to play Blanche; this is a role I know how to play.”

Estelle Getty, who played Dorothy’s mother Sophia, adds her own thoughts: “I don’t want to think about the future — not at my age. I just hope that my health will hold out, that I’ll be able to work, that I’ll go on working.” Check out the full archived footage below!

Click for next Article
Previous article: Duane Chapman Says God Brought His Fiancée Francie To Him After Beth’s Passing
Next Post: This Is The Cause Of Eddie LeBec’s Zamboni Death On ‘Cheers’