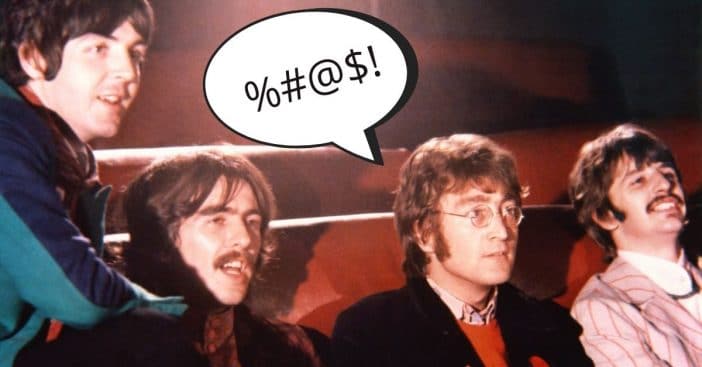 The year was 1968 and “Hey Jude” rocketed to number one in charts upon its release. Even today, the song attracts listeners; four videos of it on YouTube each have millions of views each. With so many eager ears listening in, someone’s bound to analyze what they hear, and lately, listeners feel certain they hear one of the Beatles drop the f-bomb in the lyrics.

From there, the debate then splits further, asking just who it was that sang the explicit lyric. The song has official lyrics recognized as the definitive guide to singing along. But after a few stray articles and videos honed in on one particular point, some fans have questions.

A video posted on the YouTube page You Can’t Unhear This shared a post in August 2015. In its almost five minutes of run time, the narrator explains to the viewer how they could hear (and never be able to unhear) one band member say “f-ing hell.” At the two-minute-fifty-eight second mark, right when Paul McCartney says “begin,” another, very different voice is faintly audible saying the expletive.

RELATED: ‘The Beatles: Get Back’: First Footage of the New ‘Let It Be’ Is Released — And It’s Amazing!

The video, shared below, advises wearing headphones or having good audio close to the listener’s ear. The sound reportedly comes from one of the backing tracks and remained in the song’s audio. While it may have started as a mistake, the Beatles became aware of it, had the choice of fixing the single, but deliberately left it in.

Even the Beatles face mistakes and make the most of them

What inspired a member of the Beatles to swear while working on “Hey Jude?” According to Showbiz CheatSheet, John Lennon explained, “Paul hit a clunker on the piano and said a naughty word.” That naughty word was the f-bomb audible almost three minutes into the song. After finding out, neither wanted to fix or remove it. In fact, Lennon adamantly wanted the moment to stay in, reasoning it gave listeners something to speculate over.

At least, that’s been the reasoning in the past for other errors – because “Hey Jude” was not the first song with a slip-up. One other noticeable error came from “Ob-La-Di, Ob-La-Da,” where McCartney sings about Desmond instead of Molly and how he “does his pretty face.” McCartney decided against re-recording the track, changed the song’s lore at the end, and let listeners wonder.