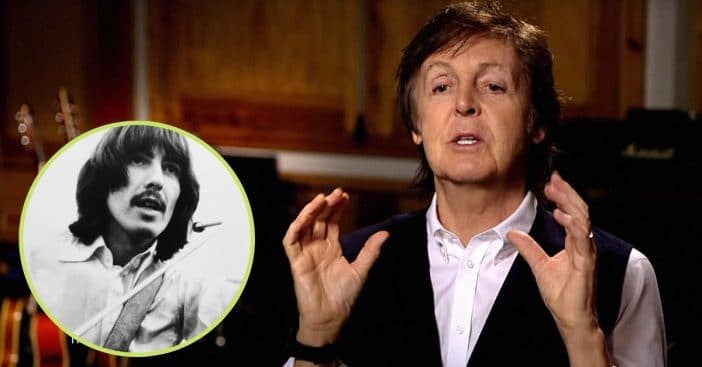 According to Daily Mail, Paul McCartney has claimed that he speaks to his former/late band member George Harrison through a tree he was gifted at his home. He confessed this on NPR recently, noting his longtime friend and band member passed away from lung cancer in 2001. He had given McCartney that tree as a gift, and he believes his late friend’s spirit now inhabits that tree.

“George was very into horticulture, a really good gardener, so he gave me a tree as a present. It’s a big fir tree and it’s by my gate,” McCartney says. “As I was leaving my house this morning, I get out of the car, close the gate and look up at the tree and say, ”Hi, George.'”

He continues, “There he is, growing strongly. And you know, that takes me back to the time when I hitchhiked with him! They’re an ever-present presence, if that’s a way to say.”

“It’s lovely. He gave it to me — I just planted it. But then, as the years go by, every time I look at it I go, ”That’s the tree George gave me.’ George has entered that tree, for me. I hope he’s happy with that.”

The Beatles – along with Ringo Starr and John Lennon – became one of the most influential bands of all time. McCartney most recently released his new album McCartney III earlier this month. He both wrote and recorded it during the coronavirus lockdown earlier this year.

Click for next Article
Previous article: ‘Eight is Enough’: Diana Hyland, Who Only Appeared in 4 Episodes as Joan Bradford Before She Died
Next Post: Guitarist Skip Mitchell From The Oak Ridge Boys Dies At 65