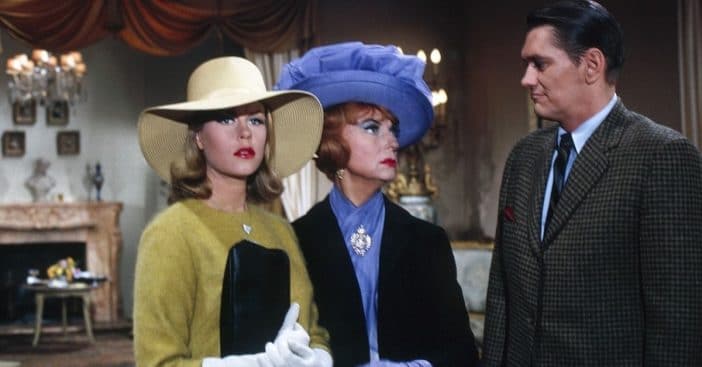 Life doesn’t always imitate art. Watching Bewitched, it could be easy to picture Dick York and Agnes Moorehead constantly at odds. When the cameras stopped rolling, however, things turn a very dramatic change. These comedic enemies actually got along quite well – better than any other cast mates, in fact.

In the show, York’s character of Darrin Stephens distrusted magic and wanted its presence minimized in his life. Enter Endora, his wife’s mother, who looked down upon mortal men and thought her daughter could do better. In real life, York and Moorehead bonded quite well over their faith. Learn more about this stark contrast here.

Darrin and Endora vs. York and Moorehead

Darrin Stephens rarely knew peace once he fell in love with a witch – and subsequently earned himself a very witchy mother-in-law. On her end, Endora continually played tricks on Stephens in fits of frivolity that proved she and Uncle Arthur were, in fact, related. Otherwise, for the most part, she just made it no secret she disapproved of the union. Darrin endured giant ears and constant heckling in the name of love.

RELATED: ‘Bewitched’ Stole Certain Plotlines From ‘I Love Lucy’ Because Of One Sneaky Producer

But maybe something kinder existed beneath the surface. Endora herself was willing to confront a warlock in Darrin’s name. Similarly, their actors Agnes Moorhead and Dick York actually became close friends. Moorehead was a devout, religious fundamentalist. As a very well-known Presbyterian, her practice became very well-known to everyone. On the other side of this dynamic, York himself practiced what Mental Floss calls New Age-type spirituality. Moorehead actually greatly admired this.

After season five, York had to drop out of the role of Darrin Stephens. Dick Sargent, who producers also originally liked for the role, was recruited to take up the mantel. Their acting styles differed greatly and became the topic of much debate between both audiences and other Bewitched cast members.

Indeed, Moorehead herself was one of the most vocally displeased by the development; she disapproved of Sargent’s interpretation of the character and York’s absence. An injury from a previous project coupled with substance dependence to cope with the pain made York’s continued participation near impossible, however. As a result, the attitudes between Endora and Stephen’s actors finally paralleled the show in real life.