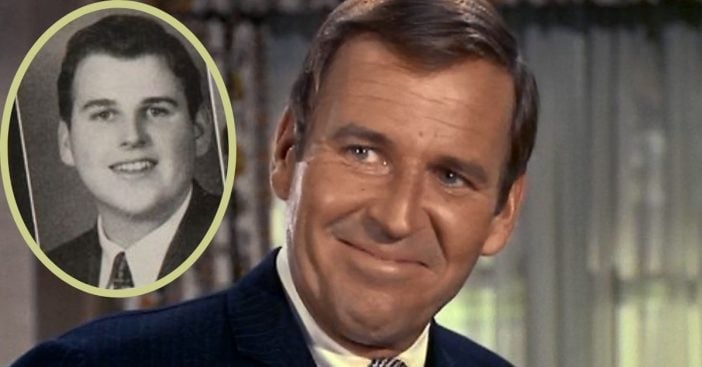 When the cameras roll, actors present many different personas to their fans. That leaves their true troubles behind the mask of public perception. Often, those viewers love to watch face or endured similar troubles others have. In the case of Paul Lynde, his childhood deeply impacted him throughout his whole life.

Lynde grew up unable to like himself inside and out. As a result, he suffered from a damaged sense of self-worth. Perhaps to overcompensate and mask that insecurity, he put forth a persona that demanded more aggressively. But all the while, he wrestled with the dichotomy of wanting more and resenting himself. His self-hatred became so blinding, he often didn’t see the inspiration he gave many who loved his work.

Paul Lynde spent his childhood and beyond fighting

Inside and out, throughout much of Paul Lynde’s childhood, he could not feel comfortable in his own skin. On the outside, he struggled with weight problems. From an early age, that put a spotlight on him, but not the kind his adult self would want. By the time his high school graduation approached, Lynde weighed 250 pounds. The battle to reach a weight both he and society wouldn’t comment on lasted for decades, even into his career. Room 222 star Karen Valentine worked with Lynde on the TV movie Gidget Grows Up. In their time together, she noticed the complex demons Lynde fought with himself.

“I think he was unsatisfied with himself. I know he fought his weight, he had a series that didn’t go long.” Similarly to Robert Shaw, Lynde’s use of alcohol (likely as a coping mechanism) made him into an entirely different person. “He was one of those Jekyll/Hyde alcoholics,” stated pop culture historian and The Lucy Book author Geoffrey Mark, “who is a lovely human being when he wasn’t drinking and a complete bitch when he was. He was also very sensitive about his body, constantly gaining and losing and gaining and losing and gaining and losing weight.”

All of these aforementioned sources also note another secret that could have been with Paul Lynde his whole childhood. For years, the man wrestled with the fact that he was gay. In those days, such a trait could get a person completely ostracized by work, society, friends, and family alike. It stood as a paradoxically well-known secret. “When I started the show,” recalled Michael Airington, creator and star behind the live Vegas-based The Paul Lynde Show, “I didn’t realize that he struggled so hard with loneliness and his gayness. He was in love with one guy, but broke his heart, because Paul would go off on tantrums. But that was his only serious relationship.” Cathy Rudolph was among his true close friends and went on to write Paul Lynde: The Biography. She outlined the cycle of self-destruction Lynde became engaged in.

Tying together every insecurity he had since the beginning, she recalled, “when Paul drank too much, he could be vicious and cruel and, as a result, he lost a lot of his friends. Part of all of that came from the fact that he was jealous of a lot of people who were getting better parts. I also think being gay and having to hide it frustrated him. He was very lonely and continually pushed people away, though I don’t think he realized that or he couldn’t understand it. I also think he had issues from when he was a child. He was obese — 250 pounds by the time he graduated high school — and had no love life either way. He was just unhappy; I’m guessing he fed himself to fill other needs that he had.” After so long hiding or resenting most of himself, Lynde came to think, “his baby brother was the baby of the family, his other brother was the athlete, the other one was the brains and he was the nothing.”

RELATED: This Is What Happened To ‘Bewitched’ Star Elizabeth Montgomery, Her Magical Life and Untimely Death

Click for next Article
Previous article: John Schneider Knows Why The Fans Love ‘The Dukes Of Hazzard’: ‘It’s About Family’ (Exclusive)
Next Post: Drew Barrymore Opens Up To Paris Hilton About Solitary Confinement As A Teen