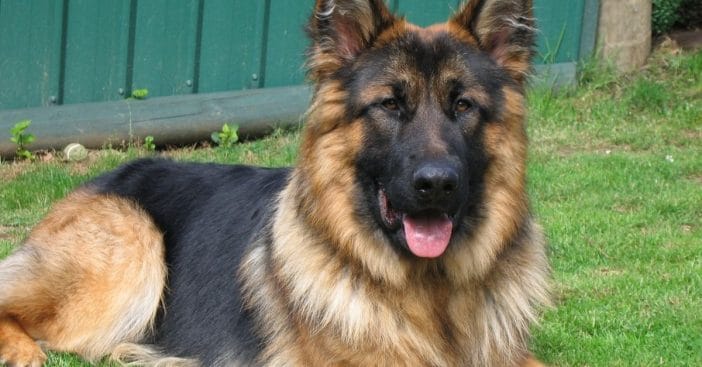 Animal abuse cases happen all too often. But while authorities work to prosecute the perpetrators, animals still require care. Though the incident never should have happened, fortunately, one dog got a happy ending to his harrowing tale. The German Shepherd ended up locked in a storage unit and soon. Fortunately, this went from a case of animal abuse to dog rescue.

An attentive neighbor and a passionate rescuer jumped in to pursue justice and right this wrong. Months after confinement, Blue now has a forever home that will love him unconditionally. Hopefully, Blue will want for nothing now. Read more about what happened here.

State trooper Heidi Lyndaker has 17 years under her belt in this line of work. Generally, troopers focus on traffic safety and related laws. However, work also confronts them with cases of animal abuse. After 12 years, Lyndaker became a K9 handler, one of the goals she listed as a potential aspiration of hers in the field. She found that fellow troopers don’t always know exactly what to do once they find an abused animal. They follow procedures to charge any offenders. But what about the animal?

Lyndaker believes vehemently in following through. That means staying on the animal’s case until they’re happily placed. So, when she saw a press release about an abused animal shut away in a storage unit, she made calls to the original troops on the case. “We have to finish this,” she emphasized. “You’ve done a great job, but now we have to figure out what to do with the dog.” But just what happened to the dog in the first place?

Rescuing Blue from a storage unit

Blue the German Shepherd gained media attention in a bittersweet way. Brandon Staub moved with his wife to Fort Drum after he was re-stationed. Following the move from Virginia, the couple stayed at a hotel to house hunt. So they could maintain some normalcy, Staub also rented out a storage unit to work out in. There, early in the morning on September 1, he entered the unit. Then, he heard a strange sound – barking? – though he could not place where. After a moment, it stopped, but just as he continued his workout, it picked up again. This time, he traced it to one unit over. When he called authorities, three patrol cars flocked to the scene. An officer cut the lock and in the storage unit they found Blue, a German Shepherd.

Blue was completely alone in the unit, which was darkened without the lights on. The dog also only had a water bowl. NNY360 notes that Blue had a bowl of dog food but no water, which dogs count on when eating. Approximating his age at three to four years, officers noted Blue looked very gaunt. Clearly, his time there had taken a toll. A report from NewsChannel 9 WSYR Syracuse also notes the dog was 30 pounds underweight.

When Lyndaker heard the story, she jumped into investigating as well. She had her work cut out for her. The owner, 21-year-old Matthew L. Majestic, reportedly still cared for the dog but choose an improper way of keeping Blue after he no longer had the means. Lyndaker persuaded him to show his love for Blue by giving Blue the chance at a full life elsewhere. While Lyndaker works fast to get all the paperwork signed, this journey came full circle as the Staub family ended up adopting Blue. Brandon and Christina also found a house, so when they entered, husband, wife, and dog all stepped into their forever home as a family.

Click for next Article
Previous article: 7 Musicians Who Actually Hate Some Of Their Biggest Hits
Next Post: Billy Joel’s 5-Year-Old Daughter Can Sing!