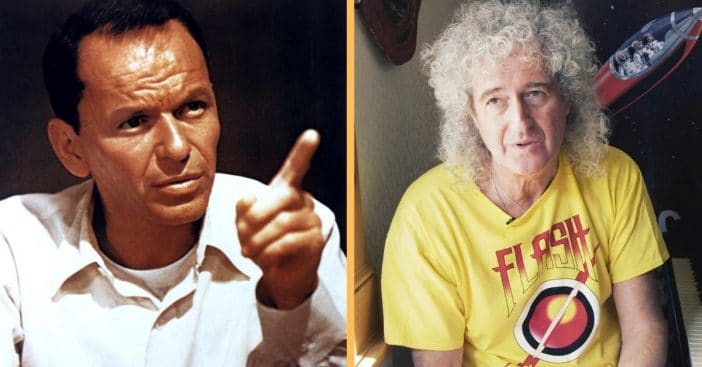 Even though when it comes to music, most people love the biggest hits of a musician or band, a lot of musicians actually hate their biggest hits! Despite performing them live time and time again, they’re so over it. And there’s plenty of them to list here that you’ll recognize!

From Robert Plant of Led Zeppelin to John Lennon of the Beatles and Frank Sinatra, they all have/had songs that they despised. Check out the full list here… let’s begin!

This Beatles legend actually hates two of the band’s biggest hits… “Let It Be” and “Hello Goodbye.” Lennon said he had no involvement with the making of “Hello Goodbye” and that it “wasn’t a great piece,” and was Paul McCartney’s “attempt to write a single.” In terms of “Let It Be,” he says, “I don’t know what he’s thinking when he writes ‘Let It Be./ Nothing to do with the Beatles; it could’ve been Wings.” Oof.

RELATED: Bob Dylan Has Sold His Entire Catalog Of Songs

“Like a virgin… touched for the very first time!” A great song, but Madonna HATES it. “I’m not sure I can sing ‘Holiday’ or ‘Like a Virgin’ ever again,” she said back in 2008. She adds that she’d only do it if “somebody paid me like $30 million or something.”

This musical icon hated one of his most beloved songs, “Strangers in the Night.” He actually straight-up called the song “a piece of sh*t” despite performing it many times throughout his career. According to TheDelite.com, though, he could be seen mouthing obscenities to his band after the song!

A ’90s icon, Kurt Cobain of Nirvana hated their most popular hit song… “Smells Like Teen Spirit.” Back in 1994, he told Rolling Stone that he though people only liked it because it was “pounded into their brains.” He adds, “There are so many other songs that I’ve written that are as good, if not better, than that song.” He revealed that he even grew to hate performing the song live.

The Queen guitarist is not a fan of the band’s song “Don’t Stop Me Now.” He said he was worried because the lyrics seemed to celebrate Freddie Mercury’s questionable lifestyle, describing it as “dangerous.” He notes that the track was “a lot of fun,” but it became especially difficult to enjoy following Mercury’s death from complications of AIDS in 1991.

You can probably guess the song here… “You gotta fight! For your right! To paaaaaarty!” Yeah, they aren’t fans of his classic Beastie Boys hit at all. The group says that they wrote the song as satire and that it mimicked and made fun of “bro culture.” However, that got lost in translation and people actually take the song pretty seriously, almost as if to celebrate and live by “bro culture.” They had ultimately quit performing the song live and even called it “sh*t.”

The Led Zeppelin vocalist has made his disdain for “Stairway to Heaven” very clear. He has actually been quoted as dismissing the song as “that wedding song” and has been reluctant on performing it since the 1980s. The pressure to do that song is actually one of the many reasons why Plant has refused to partake in a Led Zeppelin reunion.