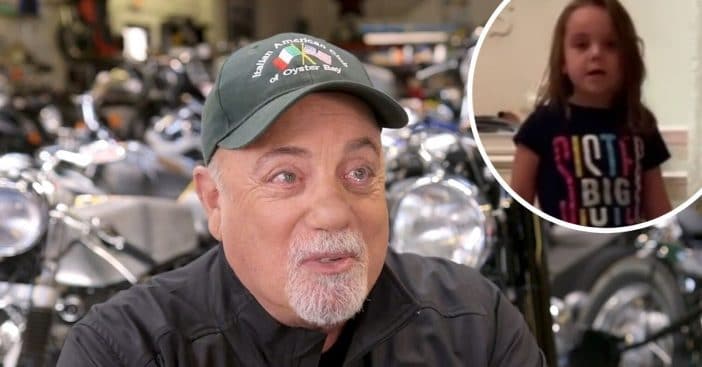 Billy Joel‘s daughters certainly take after him when it comes to their musical skills. His five-year-old daughter Della Rose is already proving to be a beautiful singer. Billy shared a video of her singing “Happy Birthday” to her half-sister, Alexa Ray Joel. It sounds like Alexa can sing as well, as Billy said she has been singing lullabies to her younger sister.

He captioned the video, “Happy Birthday to our big sister @alexarayjoel. You have been singing us lullabies since we were born. We are so excited to finally get to sing to you on your birthday. We love you more than words can say! Love, Della and Remy & A-Rod and Dad 🎂”

Alexa is Billy’s daughter with ex-wife Christie Brinkley. Della is his daughter with his current wife Alexis Roderick. They also shared Remy Anne. When Billy celebrated his 71st birthday this year, he also shared a video of the girls singing “Happy Birthday” to him. Remy also sounds like she has some pipes!

Fans were quick to comment and point out that the girls will likely have great singing skills as they get older. One person wrote, “What would we expect, she’s your daughter.” Before the pandemic hit and tours were canceled, Billy would even bring the girls on stage to sing with him. Della sang “Don’t Ask Me Why” with her dad when she was just three years old during a sold-out concert in New York City.

Watch Della sing below! What do you think of her singing skills at age 5?