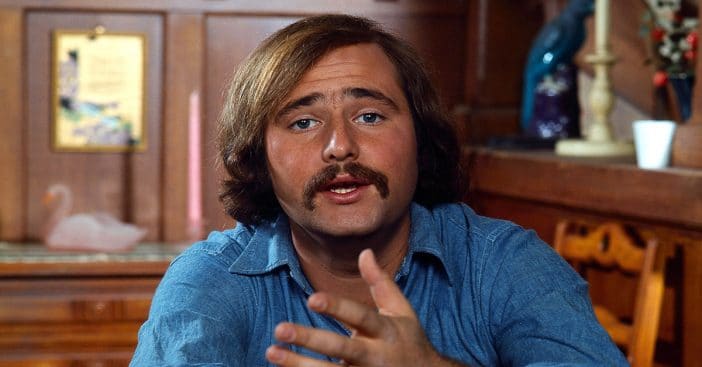 In its debut season in 1971, All in the Family got off to something of a slow start insofar as the ratings were concerned, coming in at No. 34 for the year. But then it caught on with viewers during summer reruns and by the time year two rolled around, it was No. 1 — where it stayed through the sixth season. But as far as Rob Reiner, who plays Mike “Meathead” Stivic, is concerned, by Season 2 he’d pretty much had enough of the show.

Speaking to the Chicago Tribune in 1972, Rob, the son of actor/writer Carl Reiner and also a writer on the series, expressed, “I’m tired of doing the same character over and over. What’s hard is coming up with a different script every week. It’s a grind to be stuck with 23 minutes every week; I think we’ve done enough shows. We’ve said it. We’ve shown bigotry to be wrong. There are cross burners and there are people like Archie.”

The following year he added to The Lincoln Star of Lincoln, Nebraska, “All in the Family is a good show, but in terms of what I can do as an actor, Mike Stivic barely scratches the surface. I also want to do movies, movies made for TV and to direct and produce.”

There was another side to the growing anger he was feeling, telling the New York Daily News in June 1973 that he felt as though he was being exploited by the show; that people were making a “fortune” on merchandise, but none of it was accruing to him.

“I’m not disturbed about the T-shirts and the posters that capitalize on the show,” he noted. “What bothers me is something like the book The Wit and Wisdom of Archie Bunker. All the material in it was taken from the television scripts — and I wrote a good hunk of the jokes in them. Yet I don’t get a penny from the sales, and neither does any writer on the show.”

He also brought up a record album consisting of moments from the show, which at that point had sold over a million copies. “Money doesn’t really interest me that much,” said Rob. “Getting my fair share does … All in the Family won’t ever make me a rich man. I even had a bad residual deal. But the show does enable me to live comfortably. But I’m not just an actor. I can write, direct, produce and think up ideas for movies and TV series. Actually, it’s hard for me to work week in and week out as an actor. There are so many other things I want to do, but there’s never enough time. It has nothing to do with All in the Family. Even if I weren’t on it, I’d watch it every week. It’s just that I want to write more and can’t work it into my schedule.”

And yet, despite the above, Rob ended up staying with the show until the ninth season, leaving the show in its last year before it became Archie Bunker’s Place. In between, he had finally come to some sort of peace with playing Mike for so long — and, of course, was about to embark on a great directing and producing career.

As he told The Atlanta Constitution in 1978, “I needed the change. I needed the stretch. I loved doing All in the Family. It couldn’t have been a better creative working situation, better people to work with. For the first season, it was exciting to be doing something that we knew was good. Even though it wasn’t a hit yet. Then the second season, it was a big hit and there was the excitement of that. About the third year, the excitement wore off and we were beginning to think, ‘How long is this going to go on? Will we be doing the show for the next million years?’ But by the fourth season, I made peace with myself. I decided that we’re doing good things, we’re saying something important and we’re making people laugh. That is satisfying.”

Click for next Article
Previous article: These 8 Pictures Show How Elvis And Priscilla Presley Were Truly The ‘Best Friend’ Couple
Next Post: ‘Roseanne’ Star Estelle Parsons Is Now 94 And Currently Stars On ‘The Conners’