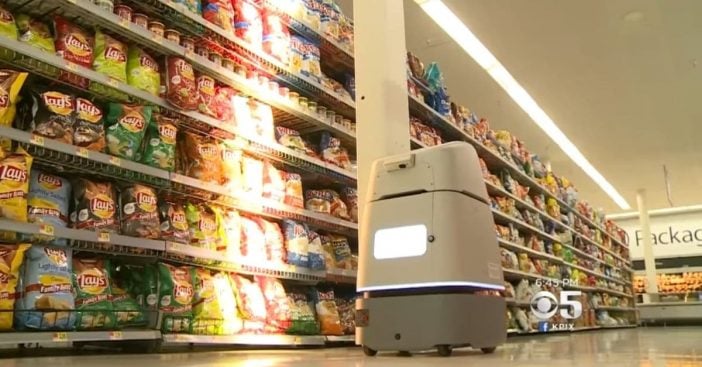 Some Walmart stores played host to robots tasked with inventory management. However, the chain recently severed ties with the company that designed and produced these electronics, Bossa Nova Robotics.

In place of machines, Walmart instead reshaped its model so people could perform these tasks with greater efficiency. Though robots won’t be checking the stock of Walmart shelves, expect to see them incorporated in other ways.

Bossa Nova Robotics placed some 500 robots throughout 4,700 stores Walmart stores. A recent report from Wall Street Journal indicates Walmart is severing ties with the robotics supplier. The report cites individuals who remain unnamed but allegedly have familiarity with the situation and its recent developments.

Walmart ended its contract with Bossa Nova Robotics. Demands unique to this year demanded extra attention directed towards inventory stock. However, the report claims, Walmart recently moved away from this technological approach. Originally, robots roamed the aisles and checked that all shelves had adequate stocks. But the chain pursued a way to allow human labor to efficiently tend to this and other related issues. The push comes in part from concerns over customers’ reactions to the robots, says Chief Executive John Furner. Indeed, giants like Walmart face scrutiny over its treatment of employees.

Supply and demand, absence and presence

The coronavirus pandemic saw an unprecedented swell in shopping in large quantities. People rushed to the stores when they could in case of an impending lockdown. When they bought, they purchased very high quantities of items like toilet paper and disinfectants – until purchase limits fell into place. But this also left stores completely out of several items. Enter the robots, recruited to help keep track of inventory.

The robots served their purpose when curbside pickup became ubiquitous and employees had to make sure they presented consumers with what they ordered and expected to have. Though robots won’t do that anymore, Walmart isn’t done with advanced technology like this yet. Four stores will become e-commerce laboratories. Essentially, they’ll act as test runs for different digital tools and strategies to learn the most efficient ways to do tasks in the store.