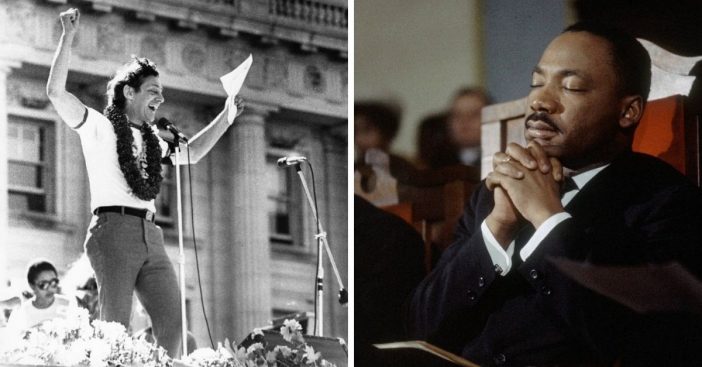 Political figures, activists, artists, scientists, and others have made up the pages of our history books. Many famous figures had a huge part to play in changing the world. Their last words are remembered as a part of their legacy.

Some were assassinated, and their last words mark the suddenness of their deaths. Others had a premonition of their time running out as they aged. And still others left behind notes or recordings of their final words to be remembered. Today we look back on the historic last words of ten famous figures.

Prime Minister of the United Kingdom during the Second World War, Winston Churchill died in 1965 at 90 years old. He no doubt lived a full life as a politician, orator, painter, bricklayer, father, soldier, journalist, and historian and apparently he had had enough by the time of his death. His last words were, “I am bored with it all.”

Lepa Radic is a name you might not have heard. She was a Yugoslavian Partisan of Serb origin famously executed at the age of 17 for her part in the resistance against the Axis Powers in World War II. Moments before her hanging, Lepa was offered a chance to save her own life if she revealed the identities of her comrades. She refused and defiantly shouted, “Fight, people, for your freedom! Do not surrender to the evildoers! I will be killed, but there are those who will avenge me!”

Leonardo da Vinci is widely regarded as one of the greatest painters of all time. His most famous work, The Mona Lisa, is still admired to this day, but it seems da Vinci wanted to achieve more. His last words were, “I have offended God and mankind because my work did not reach the quality it should have.” He might have been a little too hard on himself. Marie Antoinette was the last Queen of France before the French Revolution. After the monarchy was abolished, Antoinette was convicted of high treason and executed by guillotine. Although the phrase “let them eat cake” is frequently attributed to Antoinette, her famous last words were, “Pardonnez-moi, monsieur, je ne l’ai pas fait exprès” or “Pardon me sir, I did not mean to do it.” She spoke these words to her executioner after accidentally stepping on his foot.

John F. Kennedy’s assassination in 1963 shocked the world. His death at the hands of Lee Harvey Oswald came seemingly out of nowhere, and his last words reflect this. While riding in the motorcade in Dallas, Nellie Connally, the wife of Texas Governor John Connally, said to him, “Mr. President, you can’t say Dallas doesn’t love you.” Kennedy’s last words were, “No you certainly can’t.” Harriet Tubman escaped slavery in the 19th century and risked her life and her freedom countless times to rescue enslaved people through the Underground Railroad. Tubman died of pneumonia in 1913 at the age of 93. Surrounded by her family, they sang together as she was dying. Her last words were, “Swing low, sweet chariot.”

Isaac Newton, the English mathematician and physicist, was one of the most influential scientists of his time. However, Newton was humble even in death. His last words were as follows: “I don’t know what I may seem to the world. But as to myself I seem to have been only like a boy playing on the seashore and diverting myself now and then in finding a smoother pebble or a prettier shell than the ordinary, whilst the great ocean of truth lay all undiscovered before me.”

One of Mexico’s most influential painters, Frida Kahlo’s work, especially her self portraits, became legendary. Kahlo did not have an easy life by any means and in 1954 she was found dead at the age of 47. While her official cause of death was listed as a pulmonary embolism, it is widely presumed that Kahlo took her own life. Her last diary entry written before her death contains the words, “I joyfully await the exit – and I hope never to return – Frida.”

As a political activist, Dr. Martin Luther King Jr. seemed to be well-aware that his own assassination was a very real possibility. His leadership during the Civil Rights Movement paved the way for many, but it also put his life in serious danger. King was assassinated in Memphis, Tennesse in 1968. His last words were a simple request to musician Ben Branch: “Ben, make sure you play “Take My Hand, Precious Lord” in the meeting tonight. Play it real pretty.”

Harvey Milk was the first openly LGBT+ person to hold public office in the United States. He was elected to the San Francisco Board of Supervisors and dedicated to improving policy for the LGBT community. Milk was assassinated by his political opponent and former supervisor Dan White at just 48 years old. Although we do not have Milk’s final words on the day of his death, nine days before he recorded a hauntingly insightful tape to be played in the event of his assassination. The full audio clip is available below. His final words on the tape were, “You gotta give them hope.”