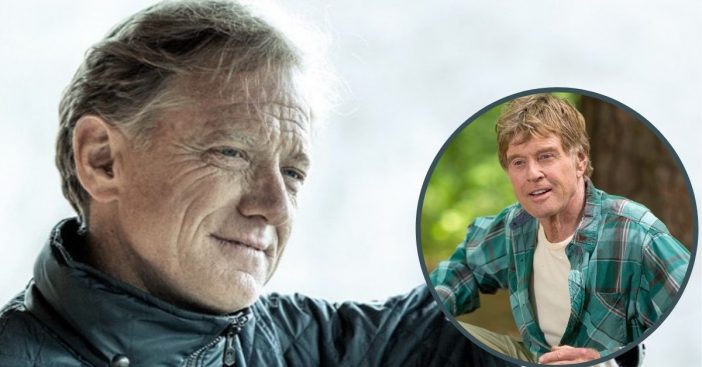 It has been reported that Robert Redford’s son, James Redford, has sadly died at the age of 58 after a battle with liver cancer. James’ wife, Kyle, confirmed the news on her Twitter account. “James died today. We’re heartbroken. He lived a beautiful, impactful life & was loved by many,” Kyle tweets out. “As his wife of 32 yrs, I’m most grateful for the two spectacular children we raised together.”

She adds, “I don’t know what we would’ve done w/o them over the past 2 yrs.” On Monday, Kyle tells news outlets that James died from bile-duct cancer in his liver. Her husband’s liver disease had returned two years ago and it was discovered last November when he was awaiting a liver transplant.

Jamie died today. We’re heartbroken. He lived a beautiful, impactful life & was loved by many. He will be deeply missed. As his wife of 32 yrs, I’m most grateful for the two spectacular children we raised together. I don’t know what we would’ve done w/o them over the past 2yrs. pic.twitter.com/ynDN2jSZ04

James had health struggles stemming from his childhood. He underwent two liver transplants in 1993 and soon after founded the James Redford Institute for Transplant Awareness, which is a nonprofit dedicated to education about organ and tissue donation. Then, in 2005, James and Robert founded The Redford Center. This is a non-profit dedicated to producing films and providing grants to filmmakers that directed films on providing solutions to climate change and other environmental-related topics.

The Redford Center’s executive director Jill Tidman also shared the news of James’s death to Instagram, honoring the 58-year-old. “It is with profound sadness that we grieve the loss of James Redford, our Co-Founder, our inspiration and our friend,” Tidman writes.

A huge inspiration to everyone around him

She continues, “With Jamie came love and contagious joy. He approached everything he did with kindness and warmth, and an openness that spread itself easily among others. Jamie worked tirelessly to build a healthier world for us all, and particularly for those most in need of support. He always led with his enormous heart and was guided by his curiosity and creative spirit. He was a fierce protector of the natural world and believed that everyone deserved a healthy environment in which they could thrive and play.”

“As a filmmaker, writer and activist, Jamie was intentional and inspirational. As a father, husband, brother, son and a friend to so many – he was a devout supporter, always full of hope. He will be greatly and intensely missed. The Redford Center extends our deepest sympathy and love to Jamie’s family. We ask that you hold them close in your heart as we move forward in Jamie’s name and walk proudly in his footsteps.”

James was the son of Robert and wife Lola Van Wagenen. He worked as a documentary filmmaker, some of his films including Paper Tigers, Resilience, Happening: A Clean Energy Revolution, Toxic Hot Seat, and his most recent film Playing for Keeps. James is survived by his wife and their two children, Dylan and Lena. Rest in peace.
Click for next Article