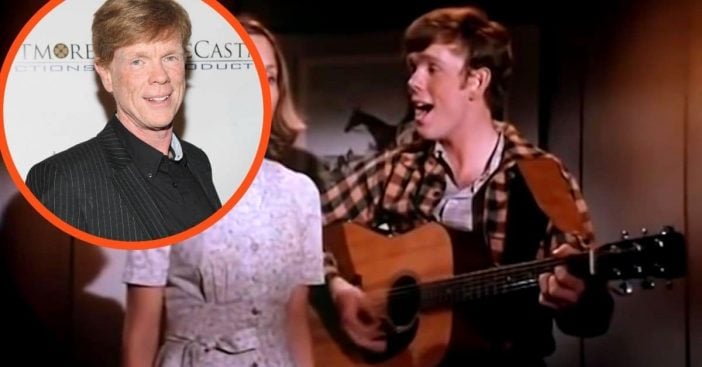 The Waltons provided Americans an inspiring, intriguing view of a traditional family during turbulent times. Turbulence follows a lot of people, so even though the hardships changed, people still felt inspired. This could only be possible with a dynamic cast. Everyone had to bring something to the table. In the case of Jon Walmsley, he brought unique talents to an older sibling in this big family.

But where is he now? Each sibling had at least some trait that stood out. For Jason, that was music. That, ultimately, followed him before and after the show. Born on February 6, 1956, Walmsley called Blackburn, Lancashire, England his home early in life. IMDb writes that he became an acting protégé of Ralph Waite. However, it partially parallel with his presence on The Waltons.

Life moved Jon Walmsley about early on. He and his parents emigrated to the U.S., where his musical career kicked off quickly. By the age of eight, he was singing and playing guitar. Thanks to persistent performances at various venues, he put his talent out there for others to notice.

And notice they did. Hollywood producers noticed his easy and early skills as a musician while he performed on a local TV talent show. After that, his TV (and musical) career kicked off in earnest, first through commercials and appearances on some shows. Those early show appearances included Combat, Adam – 12, and The Bill Cosby Show. In 1968, he also voiced Christopher Robin in Winnie the Pooh.

Jon Walmsley nurtured his acting and musical careers in equal measure. By just the age of 19, he made it into the Grand Ole Opry. When he found his way onto The Waltons, he was responsible for composing and performing a lot of original songs.

That worked out well since second-oldest-son Jason Walton was also musically inclined. While his filmography extends before and after The Waltons, his music career as a famous icon stretches very far after the show. He lent his talents to other TV shows, finding a good niche. He provided music for 8 Simple Rules, The Secret Life of an American Teenager, Seventh Heaven, and more.

Where does Jon Walmsley live?

Now in his sixties, Jon Walmsley moved to Cornwall, back in Britain, according to The Sun. The outlet claims he lives there with his wife Marion, and feels quite glad for some privacy. “I don’t really get recognized as I changed my look a few years ago and now look quite different than on The Waltons,” he elaborated. Together, they can enjoy privacy and the area’s quaint benefits. Walmsley elaborated, “We love the sea, the coastal path, the moors, the woods, the farms, the sheep, cows and wild ponies – and the good food.”

However, as recently as 2017, he worked in earnest on a new project, the CD Goin’ To Clarksdale. The blues album, he told Billboard, reflected his earliest and most fundamental passions. “I would say that [the sound of the album] is new to my audience – The Waltons fans – but it’s actually the music that inspired me to play when I was a kid.” His work even allowed him to meet Merle Haggard and the experience was unlike any other. “What a nice guy Merle was,” he recalled. “We all know how talented he was, but he was really a sweet, genuine, and down to earth man. He came onto the lot, on his bus, with his tour manager and those people. It was interesting, because he seemed so humble and shy. He wasn’t a real showbiz personality. He struck me as being a little bit like Elvis – where he had his guys who were around him all the time. I think he felt most comfortable at home on the stage. I would have loved to have gotten to know him away from Hollywood, and hung out. Unfortunately, that wasn’t to be, but what a great memory.”

Click for next Article
Previous article: Here’s Why An Episode Of ‘Cheers’ Was Actually Requested By The U.S. Government
Next Post: Lynda Carter And Daughter Jessica Altman Perform ‘All I Have To Do Is Dream’