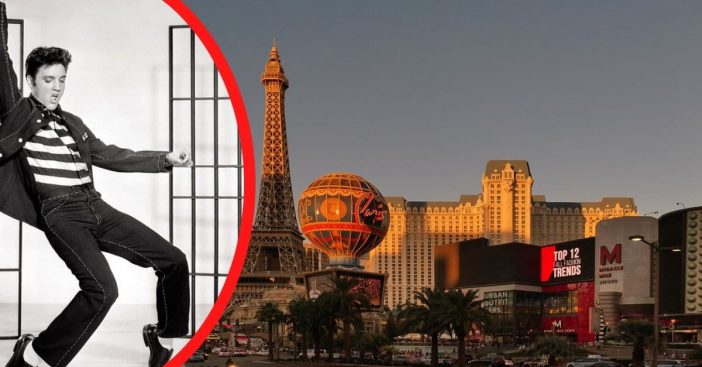 The King of Rock and Roll held a very wild court, especially in Las Vegas. The city hosted Elvis Presley for some 636 shows. When he was there, Presley really left an impression, according to Joanie Shoofey, who got to see the effects of an Elvis visit firsthand.

Shoofey was Presley’s ex-girlfriend, but that was a decade before his long stretch in Vegas. Her testimony comes when she became the wife of Alex Shoofey, who was the president of the International Hotel in Vegas.

Elvis Presley in Las Vegas meant quite a mess

What happens in Vegas stays in Vegas… until Joanie Shoofey has a chance to talk with Billy Stallings Spa Guy for his YouTube page. She summed up any visits by Elvis with a concise, “He used to mess up his suite so bad.” The damage would be so great, “We had to redo it every time he was there.”

RELATED: People Share Where They Were The Day They Found Out Elvis Died

Shoofey, herself a former Miss Nevada, saw the aftermath when Elvis and any one of his group – including the Memphis Mafia – stayed at the hotel. So, Elvis wasn’t the only one unleashing his full partying capacity on that room; his posse got involved as well. Though the nomenclature is more of a nickname, they certainly did not hold back similar to what a real crime mob might do. Shoofey recalled, “They all dyed their hair and [there was] black dye all over the walls. And one time he shot the TV with a gun.”

The Memphis Mafia formed the “court” for the King of Rock and Roll. It included people from all sorts of backgrounds who held all sorts of positions in relation to Elvis. These associates and relatives did everything from touring logistics to protection. But that protection revolved exclusively around the King’s person, not the area around him.

As a result, the life and career of Elvis Presley – even without factoring in Las Vegas – has some wild stories associated with it. While Presley intentionally bumped elbows with some pretty important figures, other encounters ended up a little more spontaneous. One such instance includes when Elvis allegedly called President Carter while “totally stoned.”

Click for next Article
Previous article: Creator Of ‘M*A*S*H’ Actually Hated The Anti-War Message Of The Show
Next Post: People Share Their Hitchhiking Stories From Back In The Day