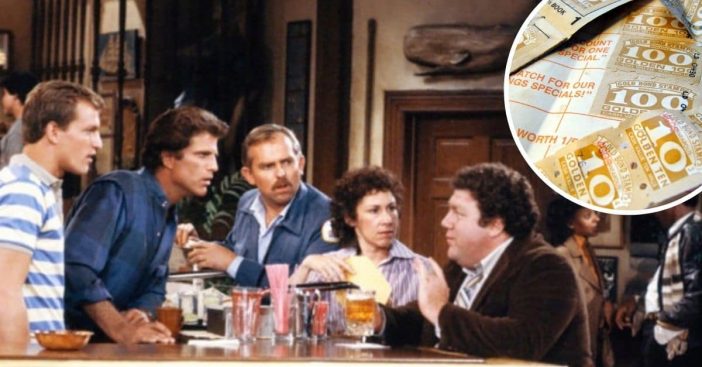 In the ’80s, Cheers was a very popular sitcom. It was so popular that a Government agency asked the show to do a special episode to promote savings bonds. The U.S. Treasury requested a special mini-episode of Cheers that ran about 12 minutes long. The episode was titled “Uncle Sam Malone” and was made in 1983.

In hopes that the beloved characters would influence Americans, the U.S. Treasury wanted to use Cheers to promote savings bonds. In the mini-episode, Cliff starts talking about his incredible trip to Tahiti with everyone. He tells them that he paid for it using his savings bonds and they all discuss how they want to get some.

‘Cheers’ did an episode for the U.S. Treasury on savings bonds

The short episode was written by Ralph Phillips, who also wrote an episode of Benson to promote savings bonds. The government has routinely used celebrities and shows to promote certain things or spread important news to Americans.

RELATED: Boston’s ‘Cheers’ Bar Will Close Permanently Due To The Pandemic

Not only did Cheers inspire Americans and apparently the Government, but other popular sitcoms. It truly paved the way for its spinoff Frasier, as well as more recent shows with ensemble casts like The Office. The show took a diverse group of people and made everything cohesive.

The mini-episode is not readily available but it has been posted on Vimeo. In conclusion, watch it below: